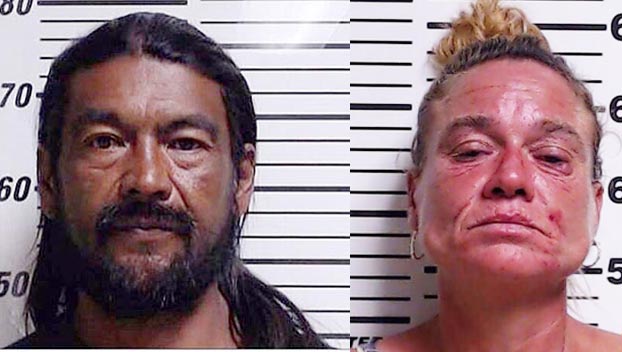 Mississippi law enforcement agencies were still searching late Monday for a suspect who they say killed a man with a machete, but they’re also now seeking to talk with a woman with whom the suspect may be accompanying.

Gulfport police say they are seeking to find 44-year-old Eli Martinez Medina for questioning after a man’s body was found Sunday in the woods just north of downtown Gulfport.

Police identified the victim as Frederick Plummer, 39, of Gulfport. Police believe he was killed with a machete.

Chief Deputy Coroner Brian Switzer told The Sun Herald newspaper that the body had wounds consistent with a machete attack.

Police now believe Medina might be with Leila Darlene Lizana, 42, who police seek for questioning in the case.

Police said Medina should be considered armed and dangerous. Anyone with information about him are asked to call the Gulfport police at 228-868-5959 or Mississippi Coast Crime Stoppers at 877-787-5898.