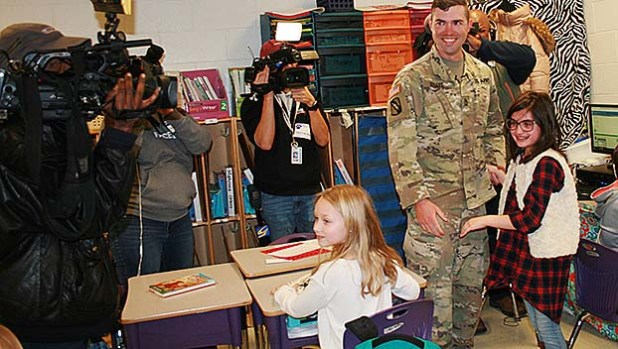 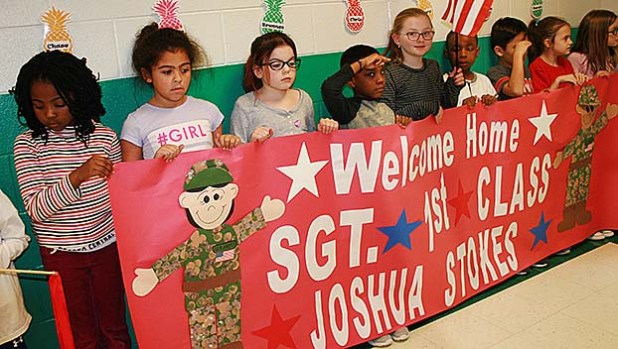 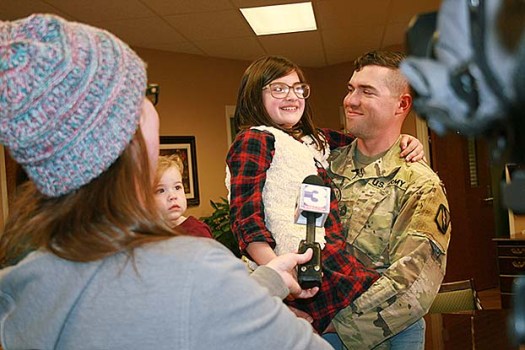 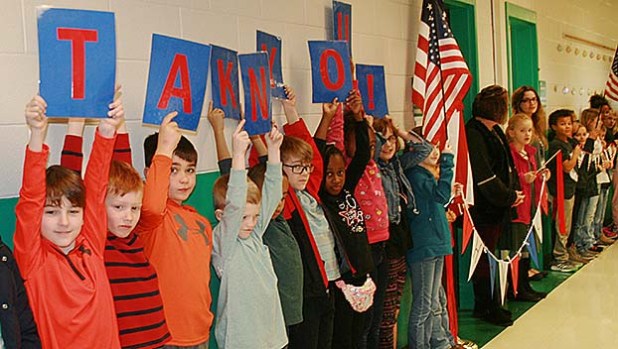 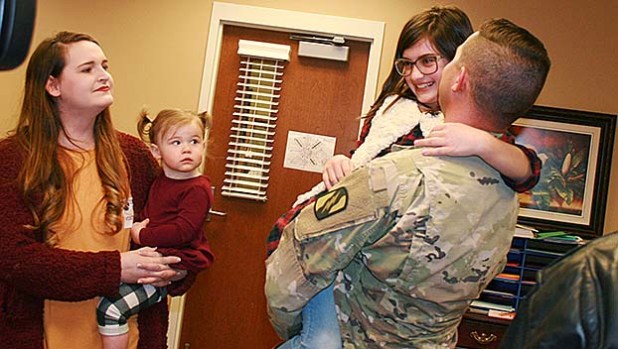 Shelby Kate had not seen her father the past year. He had been deployed to Kuwait with the Army National Guard, and her parents wanted to make sure his return home was extra special.

SFC Joshua Stokes and his wife, Macy, called their daughter’s school to ask if such a reunion was possible.

Their child’s teacher, Tammy Haire, quickly responded by setting activities in motion. Shelby Kate and her family would have a homecoming all would remember, as well as a hero’s welcome.

In less than an hour, teachers and students made posters, signs, and gathered flags for classmates to wave. All, except Shelby Kate, were in on the secret, and no one gave it away.

Shelby Kate thought her Dad was returning in five weeks. She had a calendar to count down the days.

It was school as usual.

While working on a computer with headphones, Shelby Kate turned around when a soldier in fatigues tapped her on the shoulder.

She recognized, then stood, and embraced her dad. There was total silence in the room, and then her classmates burst into applause.

“I think you have grown since I saw you,” Stokes said as he hugged his child. “I have,” she replied.

Stokes told those watching the scene, “I’m just happy to see my girl.”

The reunion quickly ended the school day with the blessings of Haire to leave school an hour early. Stokes and his family, including two year-old daughter, Selby, gathered up Shelby Kate’s things, including her backpack.

Following a hug from her teacher, the family made their way out the door.

They were going home.

This article was written by Katherine Nelson who is communications director for the DeSoto County School District.