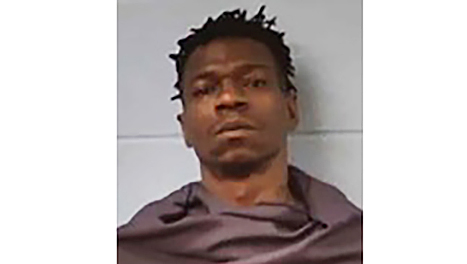 A Jackson man faces two counts of shooting into an unoccupied vehicle and attempted aggravated assault in an early morning incident that occurred Dec. 24 in the 1300 block of Washington Street.

Vicksburg police Lt. Johnnie Edwards said Johnny Gibson, 35, 215 Wagwood St., was arrested in Jackson about 6:50 a.m. Tuesday by agents with the U.S. Marshal’s Fugitive Task Force at the Forest Park Apartments, 1651 Forest Ave., on a warrant from Vicksburg police. He was found hiding in a vacant apartment.

Gibson is charged with four other people in the incident. Don Bradley, Shun Gibson, and Rico Shears are all out on bond; Leslie Watts remains in custody at the Warren County Jail, jail records show.

Gibson is accused of firing multiple shots from an automatic weapon during the Christmas Eve incident. He was taken into custody without incident and taken to the Madison County Jail, where he was held without bond.

He is expected to have an initial appearance in Vicksburg Municipal Court noon Wednesday.

Witnesses told police responding to a call about shots fired about 1:37 a.m. Dec. 24, that they heard a group men arguing and then shots ranged out.

Police investigators later learned two vehicles left the area, a white GMC pickup and a red Chevrolet Malibu, and they were later able locate the vehicles and occupants of the vehicles, and issued a warrant for Gibson.