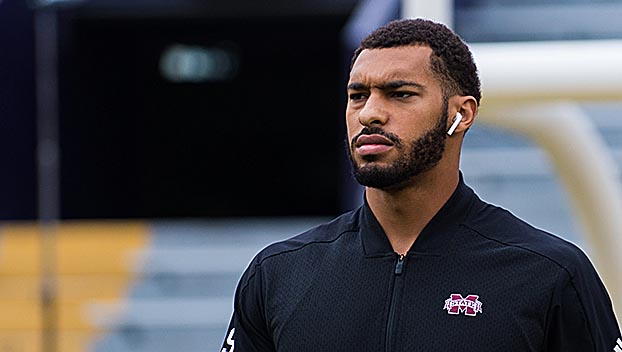 The defensive linemen hailed as the gems of the draft class didn’t disappoint during their on-field testing Sunday, and nobody performed better than Montez Sweat.

The 6-foot-6, 260-pounder from Mississippi State clocked a 4.41-second 40-yard dash at Lucas Oil Stadium, the fastest time by a defensive lineman since at least 2003.

He said Saturday that he models his game after “old-time pass rushers like Jason Taylor,” and when asked what would set him apart among this year’s deep D-line class, Sweat said, “I think I would separate myself with my effort and my play. Just getting after the QB is what I do best.”

His Tigers teammate, defensive tackle Dexter Lawrence, sustained a minor thigh injury while running his 40 and didn’t participate in the other drills. He is expected to work out at the Tigers’ pro day later this month.

Lawrence is a 6-foot-4, 342-pound tackle who is a dominant run defender and scouts expect him to develop into a good pocket pusher in the passing game.