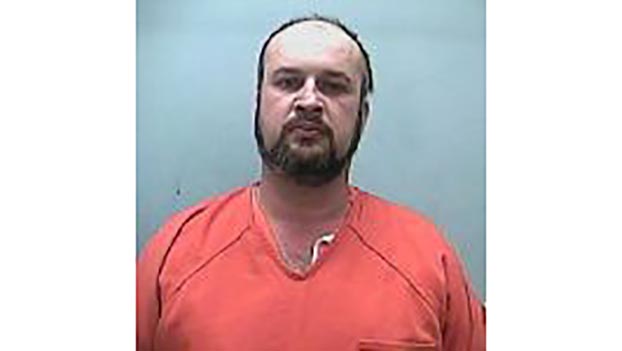 Jonathan Beach, 36, was arrested soon after the shooting on two counts of murder in the deaths of Whittington and Haley.

Beach made his initial court appearance Sunday in front of Adams County Justice Court Judge Eileen Maher, who denied bail because she said Beach potentially faces capital murder charges and is a danger to the community.

Brown said Whittington and Haley both had their guns drawn Friday evening when Beach entered his wife’s residence on Quasar Street, just off of U.S. 61 North, while carrying a gun and saying he wanted to talk to his wife.

Brown said, according to witnesses, Whittington and Haley told Beach to leave the house multiples time. Beach then demanded to see his wife. Soon after, gunfire erupted, Brown said.

Brown said Haley fired a .45-caliber handgun multiple times and Beach fired a .454 Casull revolver “four or five times” in the incident. Whittington had a 9-millimeter gun, but did not fire, Brown said. Investigators recovered eight shell casings from Haley’s firearm inside the residence, Brown said.

Adams County Coroner James Lee said Haley was shot multiple times and Whittington was killed with a single gunshot wound to the chest. Both firefighters were pronounced dead by Lee at 1 a.m. Saturday. The bodies have been transported to the state crime lab for autopsies.

After the shooting, Brown said Beach left the residence on foot and walked about 200 yards before being apprehended by ACSO deputies. Beach was sent to a hospital in Jackson, where he was released at 11 a.m. Saturday and brought back to Natchez for questioning.

Before the shooting, deputies responded to a 911 call from the Quasar Street residence, requesting officers come to investigate a deer camera that Beach reportedly installed to surveil his wife. Brown said, deputies went to the house, recovered the game camera and then went to find Beach for questioning.

Brown said the sheriff’s office has no record of any complaints filed against Beach by his wife or any other person, before Friday’s shooting. Brown said Beach’s wife has since come forward with information about the relationship before the shooting. Beach and his wife were separated and ending their marriage.

On Sunday, Maher also issued three no-contact orders during Beach’s initial court appearance, restricting Beach from having any contact with his wife and three children and the family members of Whittington and Haley.