Man shotgunned his wife to death over pizza argument; Now he will spend three decades in prison 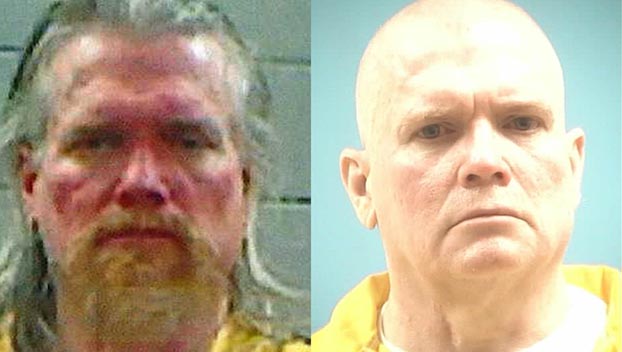 John Preston Finch will spend 30 years in state prison for the shotgun slaying of his wife. Finch's original arrest mugshot is left, his current state corrections photo on right.

A Mississippi man will spend the next 30 years in prison for killing his wife on New Year’s Eve 2016 after an argument over reheating pizza.

“Finch is a hot-tempered murderer,” Bramlett said. “Because of his actions, an innocent life was taken. He will spend every day of the next thirty years in a Mississippi prison.”

Bramlett said the senseless murder should remind all of the precious nature of human life.

“This is a senseless killing that resulted because of an argument over heating a pizza,” he said. “We sometimes forget that human life is precious and that once a decision to take the life of another is made that action can never be reversed.”

On December 31, 2016, Rankin County law enforcement officials responded to a 911 call regarding a shooting on Chain Lain in the Walters Community.

The first official arrived to find the front door ajar and Finch standing over the body on a couch in the living room.

The official asked Finch to show him where the weapon was located and he took him into the master bedroom and produced a single barrel 12 gauge shotgun. The official then detained Finch on the porch while he secured the weapon in his patrol car.

Other officials arrived to find Finch covered in large amounts of coagulated blood and to be intoxicated. A gunshot residue test was also completed. He was arrested and interviewed at the Rankin County Sheriff’s office.

Although Finch first stated that the gun went off by accident, he later recanted by telling law enforcement that he and Stewart got into an argument over heating a pizza and he shot her. He recounted to officials that he and Stewart were arguing when he went into the bedroom, picked up the murder weapon, walked back into the living room, pointed the gun at Stewart and shot her. He also admitted to owning the murder weapon.

“Rankin County Law Enforcement officials did an outstanding job of making sure my office had the tools to send a murderer to prison,” Bramlett said. “They should be commended for the outstanding and professional job they do on a daily basis.”