This Mississippi monument is about to get a $75,000 makeover 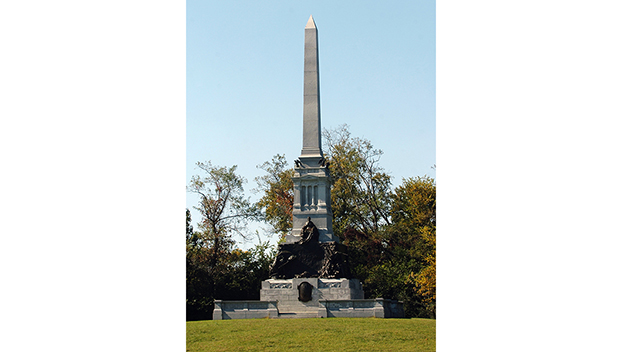 While some monuments around the country spark controversy this Mississippi monument has sparked a state investment.

The Mississippi Monument in the Vicksburg National Military Park will be getting restoration and preservation treatments this month made possible in part with funds from the state of Mississippi through the Mississippi Department of Archives and History.

The partnership was championed and supported by the Friends of the Vicksburg National Military Park and Campaign, which worked with state officials to secure funding for the estimated $75,000 project.

The work on the monument will be done by specially-trained members of the National Park Service’s Historic Preservation Training Center based at Frederick, Maryland.

The Military Park’s Eddie Dorsey, who is a participant in the selective two-year preservation skills training program, will work alongside the preservationists for one week to augment his studies and newly-developed masonry skills.

“We’ve got some of the best people who work on monuments anywhere in the world,” said park superintendent Bill Justice. “And with them are going to be some people who are apprentices. As a group, there’s none better.

“These people are the same people who worked on the Iowa Monument and the Missouri Monument recently, and I think they’ve done some work on the African American Monument.”

Justice said some of the members were recently in the park doing preventive maintenance on the monuments and memorials.

The team will perform essential preservation treatments for the Mississippi Monument, including a thorough cleaning and inspection of all mortar joints, replacing failed mortar, repairing and testing its lightning protection system, and making selective repairs to the concrete deck.

The deck of the Mississippi Monument will be closed during the preservation treatment, but the monument will still be visible from the tour road.

The Mississippi Monument is located on Confederate Avenue at milepost 12.3 of the park tour road.

It was erected in 1909 to honor the Mississippi soldiers who fought during the Civil War campaign for Vicksburg. It is made of Mount Airy, North Carolina, granite, and is 76-feet tall. The bronze elements were fabricated in Rome, Italy, and were installed on the monument in 1912.