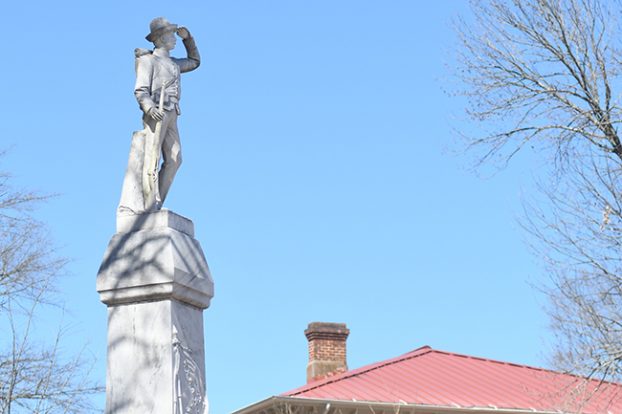 Two more Ole Miss groups have joined in asking the University of Mississippi to relocate a Confederate statue that currently sits in a prominent location on campus.

Hours after Interim Chancellor Larry Sparks made his first comments since Tuesday’s vote by the University’s Associated Student Body, passing a resolution to relocate the Confederate statue, two other University groups joined in the debate.

On Thursday evening the Ole Miss faculty senate unanimously voted to relocate the Confederate statue from the Lyceum-Circle to the Confederate cemetery behind Tad Smith Coliseum. Via an electronic vote the school’s staff council also passed a resolution of their own, calling for the statue’s relocation.

“WHEREAS Confederate ideology directly violates the tenets of the University Creed that supports the fairness, civility, and respect for the dignity of each person,” the council’s resolution read. “WHEREAS the current placement of the Confederate monument undermines our mission to maintain an inclusive and safe environment.”

With the two groups joining with the ASB’s call to move the statue, that makes four University groups all asking for the same result. On Monday, the Graduate Student Council Senate passed a resolution.

The resolutions do not automatically mean the statue will be relocated in the near future. In Sparks’ comments Thursday morning to University staff, faculty and students he noted the state’s governing body of their universities has the ultimate say regarding the fate of the statue.

“In order to relocate the monument, the university would need to submit an agenda item to the Board of Trustees of the Mississippi State Institutions of Higher Learning for consideration,” Sparks’ letter read.  “Prior to that, the university would need to develop its justification that the cemetery is a suitable location, as required by the statute, and consult with the Mississippi Department of Archives and History due to the landmark status of the monument. We anticipate hearing from other campus constituents in the coming weeks.”

The topic of relocating the statue resurfaced following the Feb. 23 rally by two pro-Confederate groups called Confederate 901 and The Highwaymen that marched from the Oxford Square to the Lyceum.