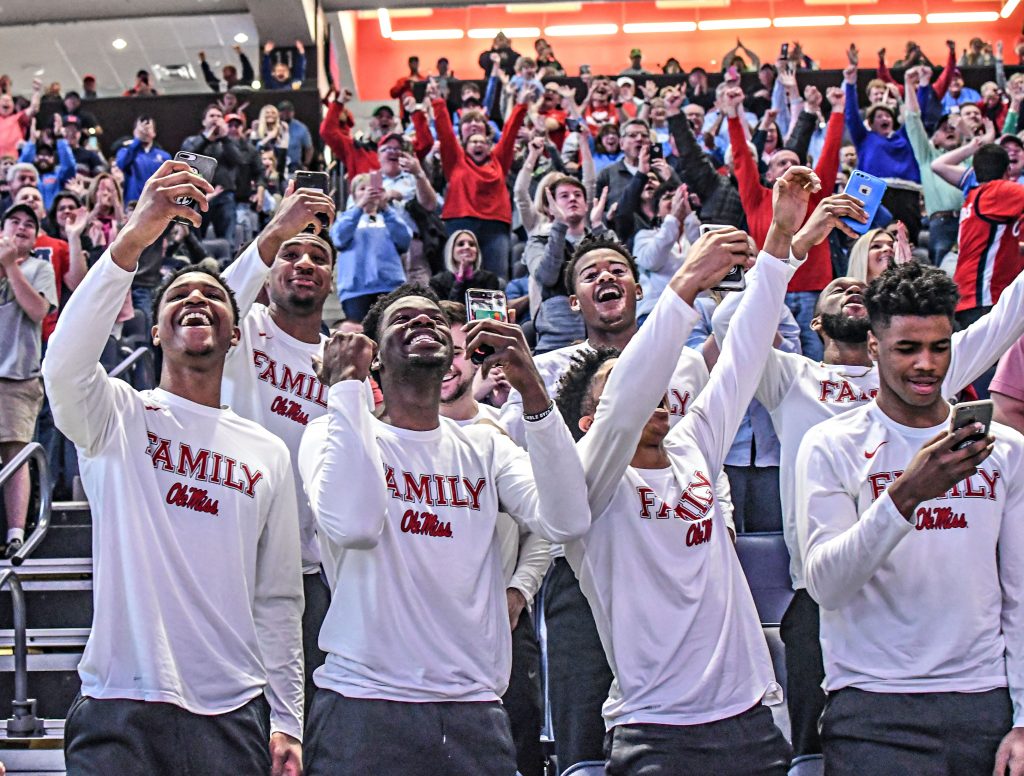 For the first time in 17 years, fans of both Ole Miss and Mississippi State will have a rooting interest in the NCAA men’s basketball tournament.

Both of Mississippi’s Southeastern Conference teams earned at-large bids to the tournament when the 68-team bracket was announced on Sunday.

The winner of that game will play either Virginia Tech or Saint Louis next Sunday.

If the Rebels can win that game, they’ll likely draw a much tougher opponent in the second round — No. 1 seed Virginia (29-3).

“As a kid you always dream about making the tournament. It takes a lot of work to get there. We’re finally in,” Ole Miss junior guard Breein Tyree said. “I haven’t slept since we lost to Alabama (in the SEC Tournament). I’ve been nervous since then. When I was in high school I remember kids used to watched in class on their laptops during class, teachers yelling at kids for watching on their phones as they’re going to the bathroom watching games. This is where you showcase what you can do and just thank god for that opportunity.”

This is the 11th time Mississippi State has made the NCAA Tournament and will be Ole Miss’ ninth appearance. It’s only the second time, however, that they have both gotten to the Big Dance in the same season.

The only other time was in 2002. Ole Miss lost in the first round to UCLA and Mississippi State in the second round to Texas.

Ole Miss’ last NCAA Tournament appearance was in 2015, and Mississippi State’s was in 2009.

Both teams left the Southeastern Conference Tournament feeling good about their hopes, but perhaps more nervous about their seeding.

Ole Miss lost four of its last five games, including a 62-57 defeat against Alabama in the SEC Tournament on Thursday. The late losing streak fueled some worry that the Rebels might have to go to the play-in round in Dayton, Ohio.

The Rebels instead were safely in with an at-large berth, seeded 31st out of 68 teams. Thirteen other at-large teams had lower overall seeds.

The Rebels entered Selection Sunday ranked No. 36 in the NET with five quadrant one wins. At 20-12, 10-8 in conference play, the Rebels continued the selection committee’s trend of never leaving out a 20-and-10 SEC team.

Ole Miss coach Kermit Davis said it was a case where no news was good news — if the Rebels weren’t being talked about as a bubble team, he reasoned, it meant they had probably done enough to get in.

“When you go through the weekend and you just never saw our name. That’s a good feeling this time of year when you just don’t see it,” Davis said. “You’re talking about the first and second seeds and the bubble teams. I thought we were safely in. It was about kind of what we expected.”