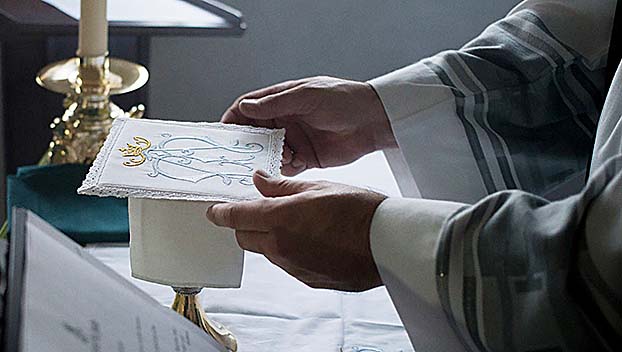 The Catholic Diocese of Jackson on Tuesday released a list of 37 priests and other members of clergy who served in Mississippi who were accused of sexual abuse.

The list includes the names of priests, where they served and when the abuse was reported to have happened. None of the men on the list are still active in the ministry, the diocese reported.

The men on the list were investigated by the church and determined to be credible accusations. Civil authorities investigated some cases to determine if a crime was committed.

Of those who were accused of sexual abuse occurring during their time serving in Mississippi, the list includes the names of 30 men: 17 priests who served as diocesan priests, one extern priest, one permanent deacon and 11 members of various Catholic religious orders.

The list also includes the names of seven men who served in Mississippi, but were accused outside of Mississippi: two extern priests and five members of a Catholic religious order.

“In a few cases, psychologists of that time treated a priest and deemed him safe to go back into ministry,” the diocese wrote in the release. “While the science of that time believed such treatment could be effective, we now know this is not the case; and every priest, deacon, lay employee or volunteer who abuses a minor today will be permanently removed from ministry.”

The diocese reported that details of all the cases were provided to the Mississippi Attorney General’s Office in 2002 and in 2019.

“When the diocese receives new credible reports, those are presented to the Mississippi Department of Child Protection Services, law enforcement or the district attorney in the place where the abuse is alleged to have taken place,” the diocese wrote.

In a letter written to all members of the Catholic faith in Mississippi over the weekend, Bishop Joseph Kopacz apologized in advance for the pain the release of the list will likely cause.

“The crime of abuse of any kind is a sin, but the abuse of children and vulnerable adults is especially egregious,” Kopacz wrote. “First and foremost, it is a sin against the innocent victims, but also a sin against the Church and our communities. It is a sin that cries out for justice.”

The Diocese of Jackson encompasses 65 of Mississippi’s 82 counties and has about 48,000 registered Catholics.

A grand jury investigation in Pennsylvania last year identified nearly 300 “predator priests” going back nearly 70 years, and it accused Roman Catholic church leaders of covering up the abuse. The Associated Press reported that in the final four months of 2018, Roman Catholic dioceses in the United States released names of more than 1,000 priests and others accused of sexually abusing children.

More information has been released since then. In January, 14 Catholic dioceses in Texas identified 286 priests and others accused of sexually abusing children.