Threat of violence against police investigated by Mississippi law enforcement 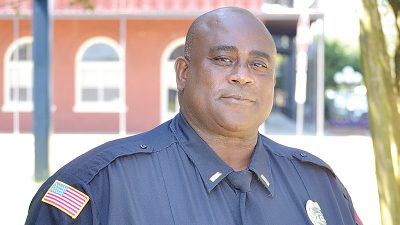 Charges may be pending on a man who threatened Mississippi police on social media in a post that shows the arrest March 13 of Anthony Caffie.

However, Lincoln County Jail does not show Jackson had been processed as of Tuesday night.

In the comments under a video on Facebook of Caffie’s arrest posted by Willie Vaughn of Wesson, Jackson’s is one of 139 comments listed Tuesday. The video had been shared 306 times by Tuesday. In the comment, Jackson threatens, “I’ll kill one b**** a** police.”

The BPD’s post points to a March 13 incident in which an “irate individual had to be subdued to prevent him from re-entering a car in which a stolen Glock handgun was located with a high capacity magazine. The officer originally approached the individual due to his music being at a high volume. The location of the incident was a local car wash, in which the Brookhaven Police Department has logged numerous complaints about loud music and narcotic activity. As can be seen in the video, officers used great restraint in dealing with the irate subject until he actively resisted arrest. This video from a cell phone camera has been posted to Facebook and has many comments.”

Chief Kenneth Collins, in another post on social media after Caffie’s arrest, said officers approached a vehicle Caffie was in and smelled a strong odor of marijuana coming from it. The vehicle radio was also playing “loud profane music,” Collins said.

Caffie allegedly charged an officer and was arrested after a brief scuffle, he said.

“We have been having problems in local parking lots in Brookhaven where people want to set up, and sell drugs,” Collins said. “I will not tolerate this inside the city limits of Brookhaven. Every business owner has a right to feel safe at their place of work, and to provide services to the citizens of Brookhaven, without having to smell marijuana, not hear loud profane music, and to not be in fear.”

In the Caffie arrest, officers seized approximately $3,000 in cash and 423 grams of marijuana.

Collins addressed the incident Saturday night at a prayer rally in Brookhaven.

“When you’re dealing with people in the community, a lot of time they’re on our case for doing our job. As long as you can help them, that’s fine, but the minute we do our job, they’re all over us,” he said. “But until you put on this badge and lace up these boots, you cannot talk about any first responder. It’s easy to sit on the couch and talk about what you would do, but you ain’t even in the game. You’re not even playing.”

Collins said officers are cautious and do their jobs even while being filmed.

“If we ask you to take your hands out of your pockets, somebody’s filming us. It don’t take someone but a split second for one of us to lose our lives but they’ll take that gun out and kill one of us,” he said. “Do what the sheriff’s deputies, do what the law enforcement officers tell you to do. We’re trained to put you on the ground. You’re not complying with us. We’re asking you to give us your hands. Somebody’s sitting back filming, so when we throw you on the ground and put handcuffs on you it’s “Oh, they broke the law.’

“Once they go for your gun, you’re in a battle for your life ‘cause if they get that gun from one of the officers they will kill you with it.”

Collins said his officers are criticized for being tough when making arrests.

“We’ve got families. We’ve got loved ones. We want to go home at night, too,” he said. “I teach each and every one of my officers to treat people as you would like to be treated, to help people, protect and serve. But we’re not going to let you hurt us. We will defend ourselves at all times.”

Collins said his officers will continue making arrests of people of all races in an effort to keep Brookhaven safe, despite taunts on social media that police “can lock up dope dealers” but aren’t able to solve a murder.