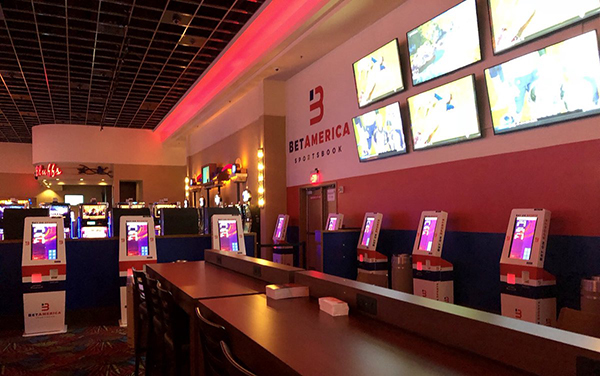 A bettor at Riverwalk Casino in Vicksburg turned a $25 bet into one of the most remarkable parlay payoffs in the history of U.S. sportsbook wagering.

The parlay featured point spreads, money lines and over/unders on a mix of Friday night NBA and college basketball games. The bettor backed 14 favorites, three underdogs and three overs — they all came through, but there were some close calls.

The first game listed on their ticket, Washington Wizards at Charlotte Hornets, may have been their closest call of the night. The bettor took the favored Hornets to win straight-up at -200 odds. Wizards guard Bradley Beal missed a potential go-ahead layup with 3.6 to play and the Hornets survived with a one-point win.

The ticket stayed alive when the Dallas Mavericks outscored the Orlando Magic 33-19 in the final quarter to cover a 6.5-point spread in a 111-106 loss and the winning wager paid off when the L.A. Clippers knocked off the Oklahoma City Thunder, 118-110 in the final NBA game of the night.

BetAmerica vice president Alan Stremel said 20-leg parlays have been placed in the past, but this was the first one to ever hit.

“We know players are excited about it, and the (Mississippi) market has been interested in parlays,” Stremel told ESPN. “People like the potential payouts when putting it all together.”

It proved costly for Riverwalk, one of three new legal sportsbooks to open in Vicksburg. According to Purdum, the five sportsbooks located in Mississippi’s “central region” combined to win $457,000 in January. The Riverwalk Casino lost nearly a quarter of that just as its first March Madness is tipping off.