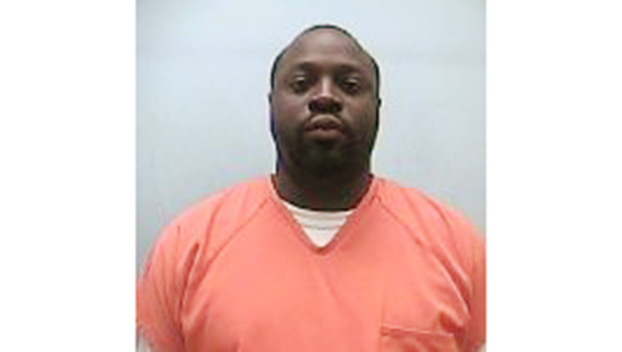 Gary White was sentenced to 20 years in state prison Monday for killing a woman he struck while driving drunk.

An intoxicated Mississippi driver was sentenced to 20 years in prison Monday for running over and killing a woman with his vehicle in 2017.

Gary White, 30, of Natchez was sentenced by District 6-2 Circuit Court Judge Debra Blackwell on Monday afternoon. Originally charged with aggravated DUI and leaving the scene of an accident resulting in death, White pleaded guilty in February to manslaughter in the death of 32-year-old Meagan Gunter Smith.

Because of the tragic circumstances of the case, Blackwell ordered in February a pre-sentence investigation by the Mississippi Department of Corrections before determining the sentence.

A pre-sentence investigation examines any extenuating circumstances connected to the crime to help determine the severity of the sentence, and Blackwell said she received the investigation report on Thursday, as well as several letters from community members written on White’s behalf.

Numerous people, including White’s mother, brother and other family and friends also spoke on behalf of White, saying that he was a man of compassion and who made a point of always doing the right thing.

“He is not evil,” White’s mother Marceline White said. “He wouldn’t intentionally hurt anyone.”

Members of the White family repeatedly apologized for Smith’s death, some asking for forgiveness from the victim’s family, several of whom who were in the courtroom.

Members of Smith’s family, including Smith’s father Barry Gunter, also spoke to the judge about the impact Smith’s loss has had on their family.

“After reading the pre-sentence investigation, I know that you are a good person,” Blackwell said to White. “You are 30 years old and you have never been in any trouble in your life, but you made a decision that day to drink alcohol before getting behind the wheel of a car.”

Test results showed White’s blood alcohol level at the time of the accident was .17 — more than twice the legal limit for persons 21 years of age or older, Blackwell said.

Blackwell said what struck her most when listening to family members talk about White’s compassion and integrity, was how little compassion White showed the night Smith was killed.

“You didn’t show any compassion that night, because you hit (Smith) and left her in the road,” Blackwell said to White. “You pulled up in the Walmart parking lot and you didn’t even call 911.”

Blackwell said another person who witnessed the scene called 911 instead.

“You called your mother and your wife,” Blackwell said to White. “What also struck me in this case is that when the police got there, you didn’t go up to the police and say, ‘I ran over this woman.’”

Blackwell said Natchez police officers had to review video footage from Walmart’s surveillance cameras to identify White’s car as the one that hit Smith.

“It took 30 minutes from the time the 911 call came in until the time the Natchez police identified you as the driver of that vehicle,” Blackwell said to White.

Blackwell said police reports indicate that when officers approached White he was surrounded by approximately 10 people.

“You had people that had already gotten there to come to comfort you,” Blackwell said to White. “You didn’t show any compassion that night and the only reason I can think of that you didn’t was because of the influence of alcohol on your system.”

Taking everything into consideration Blackwell said she was ordering White to pay court costs and to serve 20 years with the Mississippi Department of Corrections.

After the sentencing, members of the Gunter family were ushered into the jury room after White’s mother collapsed in the courtroom. An ambulance was called to the scene where emergency personnel attended to her. She was not, however, transported to a hospital.