Pair suspected in Georgia killing, robbery captured in Mississippi after stolen car ran out of gas 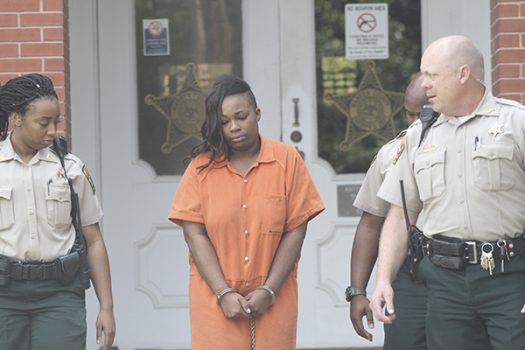 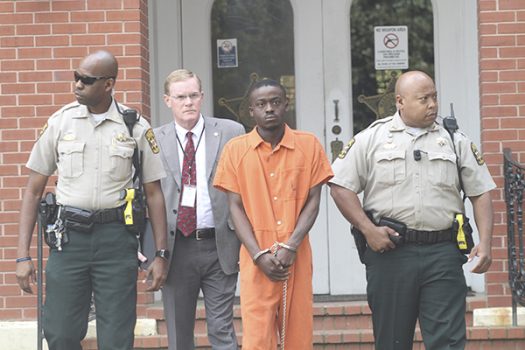 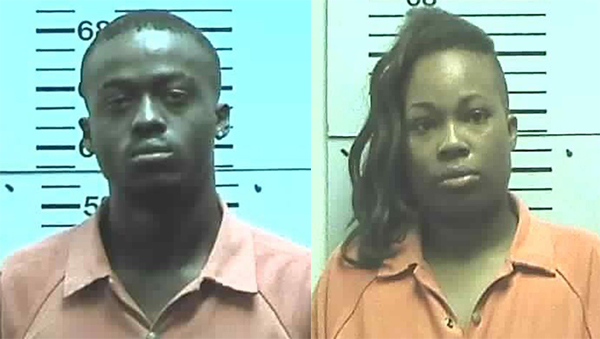 Two Georgia residents are being held without bond on multiple charges after their arrest following a high-speed chase Monday night that began on U.S. 61 North and ended on North Washington Street near Chickasaw Road when the stolen vehicle they were driving ran out of gas.

Threadgill is charged with armed carjacking, two counts of kidnapping, felony fleeing and eluding a law enforcement officer and two counts of possession of a stolen firearm. They also face armed robbery charges in connection with the reported Monday night armed robbery of a Brandon McDonald’s.

“We are working with multiple other agencies in Mississippi and several states to identify other criminal activity they might have been involved with,” Warren County Sheriff Martin Pace said. He said Brandon police investigators identified the pair as being involved in the McDonald’s robbery and they are suspects in an armed robbery in Meridian.

News outlets are reporting the pair may be suspects in a killing in Georgia, as well as robbing a fast-food restaurant in Demopolis, Alabama.

Pace said Vicksburg police and the Mississippi Highway Patrol were also involved in the pursuit. Police officers, he said, watched over the car that was abandoned by the suspects, and helped two women who were taken hostage when the suspects carjacked another vehicle. The women managed to escape during the chase.

The events leading to the chase began about 9:45 p.m. with a bulletin that an armed robbery suspect from the Brandon area was possibly heading west on I-20 in a tan or gold-colored Buick sedan. The car, according to the bulletin, had two people and they were armed.

Sheriff’s deputy Dustin Keyes took a position on I-20 near Bovina, and about 10 p.m. saw a car matching the description of the vehicle in the bulletin drive by at a high rate of speed.

Keyes followed the car and attempted to stop it at the U.S. 61 North exit on I-20. The car pulled into the parking lot of a convenience store and the woman driver and the male passenger got out of the car and ran off on foot.

As Keyes got out of his car, Benton, according to testimony at the initial appearance by sheriff’s investigator Stacy Rollinson, shot at him with a handgun and Keyes took cover behind his patrol car. Rollinson said Benton shot at another deputy during the chase.

Keyes secured the car, Pace said, and got back in his patrol car. As Keyes approached the nearby Sonic Drive-In, he was told the two suspects carjacked a 2004 Chevrolet Tahoe containing two people.

The Tahoe sped north on U.S. 61 with the carjacking victims being held hostage and one forced to drive at gunpoint. The chase went north to Redwood, then turned around and headed back south with Pace and other deputies joining in the pursuit, which got back on I-20 westbound and got off at Halls Ferry Road.

The chase continued through town on Cherry Street, then to Grove Street to Monroe Street, then Veto Street in front of the Vicksburg Police Department, and back on Monroe south to Drummond Street.

At Drummond and Bowmar Avenue, Pace said, the hostage slammed on the brakes and she and the other hostage jumped from the SUV.

The SUV then drove off with the female suspect driving. The chase continued to Pearl Street, where a deputy was able to shoot out a tire. The SUV then turned north on Washington Street, where Mississippi Highway Patrol trooper Kervin Stewart joined the chase.

As the SUV passed Haining Road on Washington, it began slowing down, Pace said. The vehicle stopped just north of Chickasaw Road on North Washington. The man and woman got out of the car and were taken into custody without incident.

Pace said the hostages suffered minor injuries when they jumped from the SUV and were examined by Vicksburg Fire Department paramedics. Keyes was not wounded, he added.