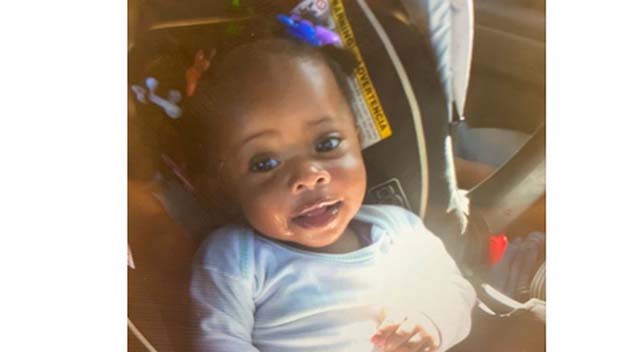 The Mississippi Bureau of Investigation is looking for Mariana Elise Johnson of Morton.

The girl is described as a black female, 18 inches tall, weighing 16 pounds, with brown eyes and black hair.

Mariana was last seen wearing a white long sleeve shirt with hearts on the shirt and diaper in the 600 block of Kaleem Road.

Mariana may be accompanied by George Johnson Jr. Johnson is described as a black male, 29-years-old, 5 feet 9 inches tall, and wears a beard. Johnson was last seen wearing a black shirt with red lettering and black pants.

The vehicle being used is a 2005 black Chevrolet Suburban SUV bearing Mississippi license plate SBA 5324. The vehicle was last seen traveling on Highway 80 with unknown direction of travel.

If anyone has information regarding the whereabouts of Mariana Elise Johnson, or George Johnson Jr, or the vehicle, contact the Scott County Sheriff’s Department at 601-469-1511