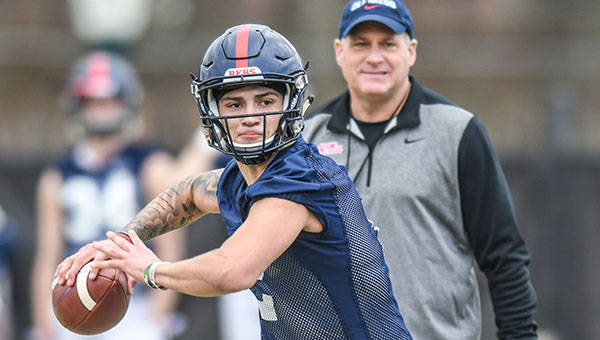 Vanderbilt had its spring game on March 30.

The spring games are the final major on-field checkpoint before preseason practice starts in August, and one last chance to calibrate areas of concern and emphasis.

“I want to see them play underneath the lights. I want to see the same thing we’ve seen in practice from some players,” LSU coach Ed Orgeron said at a press conference on Wednesday. “We still have a lot of questions along the defensive line. We need to see our corners play the deep ball and tackle in space. There’s some things we need to improve on.”

One of the big things LSU has focused on this spring is a transition to a more open, spread-style offense. Orgeron said the Tigers’ offense had no turnovers in 110 plays during a scrimmage last weekend.

Orgeron also said the Tigers have been running a lot of four- and five-receiver sets this spring, in a break from their traditional run-heavy offense. He said a lot of that might not be on display Saturday, however.

Up in Oxford, Ole Miss is trying to break in a host of new players on offense as well as new schemes on both sides of the ball.

Matt Corral will take over as the starting quarterback, and he’ll have to find some new targets with top receivers A.J. Brown and D.K. Metcalf gone to the NFL. The spring game will also be a test for the Rebels’ offense and defense under new coordinators Rich Rodriguez and Mike MacIntyre.

Ole Miss is installing a 3-4 defensive alignment and it took a while for them to start playing rather than thinking about assignments on every snap.