Get ready, it’s almost love bug season and it looks to be a doozy 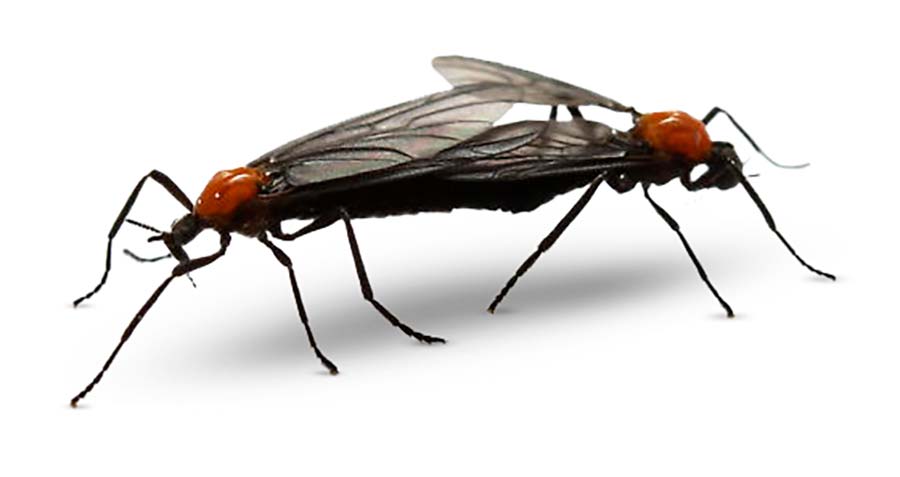 Get out your protective gear. Put on your hair nets, face masks, bee suits, chain mail — whatever you can think of. Lovebug season starts in April and word is they’re going to be worse than ever.

“They’re so annoying. They’re terrible,” said Ellisville resident Katherine Parker. “When lovebug season is here, everything shuts down, except the carwash — it’s busy.

“It seems like they reproduce in milliseconds. I had gerbils and hamsters as a kid and they didn’t reproduce as quick as lovebugs.”

Lovebugs appear and stick around for most of April and the first part of May and again in August and September.

The two major flights which occur each year are the time for mating — when you will see male and female flies attached to each other. They tend to last four to five weeks. The actual mating time is only about five days.

“They appear in very large numbers,” Donald Yee, associate professor at the University of Southern Mississippi’s School of Biological, Environmental and Earth Science, said. “They are an annoyance.

“The explosion only lasts a few weeks, but the annoyance is such people remember them.”

It’s hard to predict numbers, but lovebug flights can reach the hundreds of thousands. The lazy, drifting movement of the insects has sometimes been said to look like a snowfall, except that lovebugs also rise in the air.

April’s mating season comes after lovebugs have been living for the winter as a caterpillar, near the ground, eating leaf litter. Having had a mostly warm, wet winter — when lovebugs can burrow into the ground and gorge — the lovebug population is expected to be big this spring.

“The warm, moist is what they love,” said Douglas Lipka, William Carey assistant professor of biology. “We could have a good crop. The conditions are there.

“The males will emerge first. They will hover and wait for a female to come out. Then they’ll grab the female and fly around for a couple days.”

“They love the smell of gasoline and they love the warmth of blacktop,” Lipka said. “They’ll stick to the paint of the car and their body chemistry gets acidic and eats through the paint.

“It’s important to wash them off the paint of older cars.”

Most newer cars have paint with protective coating, so the lovebug’s acidity is not a problem.

Lovebugs can also perish in large numbers on hoods, radiator grills and windshields, especially when cars have been driving on the highway. They make a mess, but are not hazardous to newer cars.

According to Good News Pest Solutions, there are a few safe, natural ways to get rid of lovebugs:
— Keep them off doors by spraying door with an all-natural insect spray.
— Blow them away with a fan.
— Keep your lawn mowed to cut down on the leaf litter and thatch lovebug larvae need to survive.
— Light some mosquito candles. This helps drive lovebugs away.
— Wax your car. Some car waxes are specially formulated to reduce the effects of splattered insects. Giving your car a good wax before lovebug season can reduce any deleterious effects.
— Use cooking spray on the mirrors of your car and immediately rinse them down after you drive.

The male and female lovebug attach to each other and fly around while they mate.

The mating only takes place for about four or five days, but you have to remember, there are many lovebugs mating over a period of four or five weeks.

“It’s a sex education class right there,” Parker said, who once had two pre-teens. ‘What are they doing? Let’s (change the subject and) go get some ice cream. Oh, we can’t, because there’s a lovebug on my cone.'”

No one really knows why, but lovebugs are attracted to light-colored objects, for instance white cars and white houses.

They can swarm a car and then get inside when someone opens a door or window. This is bothersome to drivers and passengers.
It’s said lovebugs arrived in the South from Central America in the early 1900s on a cargo ship headed to New Orleans. They are found in the Gulf States, including Mississippi, Florida, Alabama and Louisiana.

It’s untrue that lovebugs were generated when a University of Florida genetic experiment went horribly wrong.

“They’re everywhere, but they’re not a hazard,” Lipka said. “They don’t bite and they don’t sting.”
Spiders, birds, other insects will eat lovebugs.

Lovebugs will eat the nectar of flowers and can pollinate plants as they move from one to another. They do not, as some people believe, eat mosquitoes.

The spring emergence is the largest one.

“Bear with it. They’re just pesky things we have to deal with down South,” he said.