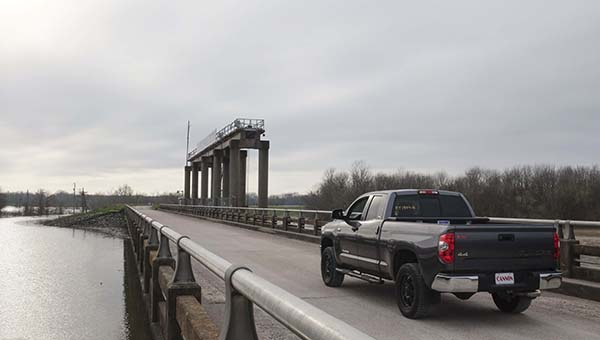 A rejected project to pump water out of the Yazoo backwater area during floods maybe getting a second look from the Environmental Protection Agency.

The Yazoo Backwater Project, which proposed to use a pump installed at the Steele Bayou Control Structure near Eagle Lake to pump floodwaters from the backwater area into the Yazoo River, which flows into the Mississippi, after the backwater level reached 87 feet, was vetoed by the Bush administration in 2008.

The project was killed because of its potential impact on wetlands and wildlife in the area.

According to an April 4 Associated Press article, EPA Administrator Andrew Wheeler told a Senate Appropriations Subcommittee hearing his agency was reconsidering the 2008 decision.

“The Corps (of Engineers) has been looking at the wetlands issue since the EPA killed the project in 2008,” said Peter Nimrod, chief engineer for the Mississippi Levee Commission.

“They’ve come up with a lot more data that’s intriguing and interesting, and they basically have called in the EPA to review it with them and take look at the data they’ve got, and that could very well change some of the thinking they had back in 2008, when they vetoed the project over the wetlands issues.

“They’re at the drawing table with them and showing them the data and having some discussions with the hopes that they’ll realize it’s not that environmentally damaging to the wetlands and they’ll move forward and overturn the veto. At least, that’s our hope,” Nimrod said.

The Corps’ Vicksburg District in November 2007 released what it called the final Yazoo Backwater Area Reformulation for which all preliminary phases, including control structures, levees and channels, have been completed in the years since Congress first authorized it in 1941.

A pump station would be built at the Steele Bayou Drainage Structure on Mississippi 465 north of Vicksburg that moves 14,000 cubic feet of water per second from the land, or Delta side, of the structure to the riverside if and when gates were closed due to high river stages.

Designs had it protecting about 630,000 acres in the South Delta from flooding. Flooding to residential and nonresidential structures in the Delta would be reduced by 68 percent when the pump station was completed, according to the Corps report.

Perpetual rights-of-way would be sought from willing landowners to build the pump station, the report said, adding costs would translate into $1.40 in benefits for every $1 spent.

Reforestation of up to 55,600 acres would restore habitat to native plants and animals like the endangered Louisiana black bear, an aspect touted by Corps officials to reporters during a telephone press conference on the plan.

After a series of hearings and after receiving written comments in on the plan, the EPA vetoed the project in August 2008.

In 2017, then-Sen. Thad Cochran tried to include funding for the project in the Senate Appropriations Bill.

“The language made is all the way through the conference process until the last day,” Nimrod said, adding the sentence including the funding for the project was scratched by then-Speaker of the House Paul Ryan in the authorization bill that would have released the money.