Mississippi mansion gets its namesakes restored 90 years after fire 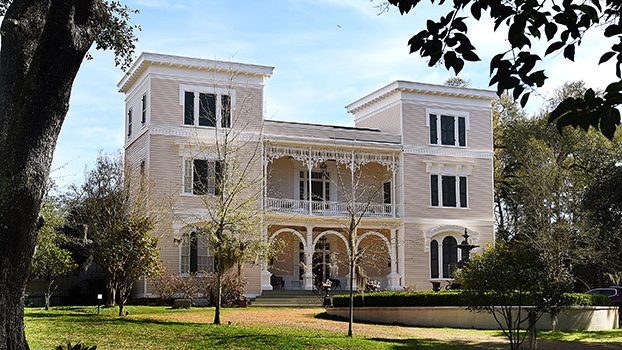 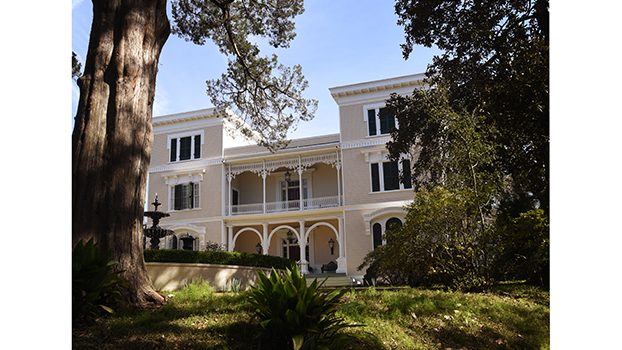 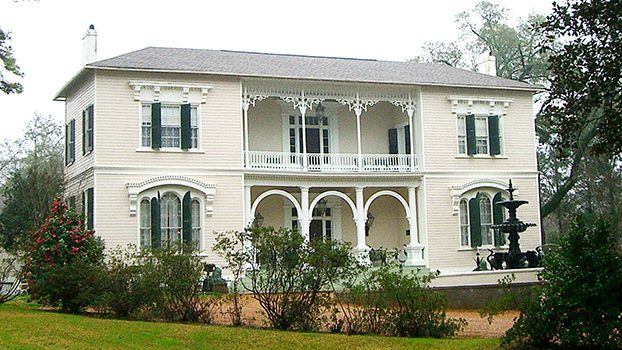 The Towers before its long-removed towers were restored.

After spending nearly 12 years explaining to tourists why her Mississippi mansion with no towers was called The Towers, these days Ginger Hyland tells a different tale.

“Now I have to explain that the towers that are there now, weren’t there then,” Hyland said. “It is kind of fun to add that to the story.”

For the past year, Ginger and her husband James, have set out to restore the historic house and give it back its namesake towers that have been missing since 1927.

After a two-year hiatus, The Towers returns to a list of houses that will be open for Spring Pilgrimage this year, which begins March 16 and ends April 16.

This year will be the first opportunity pilgrimage tourists will have to see the house as it was before a fire reduced one of the towers to ash in 1927 — just five years before Spring Pilgrimage began. To keep the house’s symmetrical appearance after the fire, the owners removed the second tower.

For nine decades the house would remain towerless, until Ginger, at the urging of James, decided the house needed to be returned to its pre-Civil War splendor.

“James kept on insisting the house needed to have the towers back. The more he kept talking about the more I kept thinking he is absolutely right,” Ginger said.

“Once I understood what he was saying, I was willing,” Hyland said.

The house did not start out with towers and was constructed in phases.

The signature Italianate front of the house, including the towers, was added to the house by William Chamberlin in 1859, in an effort to create a one-of-a-kind house.

“It certainly is rare,” Hyland said. “It is the only structure like this in this part of the country.”

With no blueprints and only one or two old photographs of the house with the towers in place, the Hylands set out to rebuild the structure as it was before the fire.

With the help of former Historic Natchez Foundation Executive Director Mimi Miller and local contractor and artisan James Germany, recreated the structures as accurately as possible.

“We were looking at the photographs with magnifying glasses,” Ginger said. “James Germany would spend night after night figuring out to make it all work.”

Ginger said the four-man crew from Germany Construction did a superb job recreating the three-dimensional details from two-dimensional images.

“We did exactly what was in the photographs as closely as we could,” Ginger said.

Now that the work is complete, Ginger said she now enjoys living in the house as it was originally intended.

“I have lived in the Towers for 12 years. Seeing it with the towers on, it is a completely different house.,” Ginger said. “It has all of a sudden come to life.”

“I am in awe every time I look at,” Ginger said. “It just takes my breath away.”