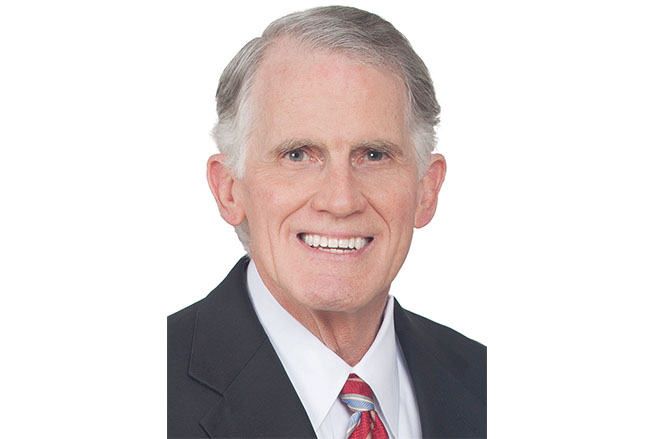 Seven years ago, Andy Taggert and his family suffered a terrible loss when Taggert’s youngest son lost his battle with drug addiction and committed suicide. In the years since, it has been a rallying cry for Taggert in his crusade to educate and help drug abusers turn their life around.

That crusade is now the cornerstone of Taggert’s campaign for Mississippi’s attorney general position. The seat became vacant after longtime attorney general Jim Hood announced his intention to run for governor.

After years of advocating the issue of drug addiction and rehabilitating those abusing drugs, Taggert wants to bring the issue to the forefront. He feels the attorney general’s office is where the most impactful place he can make a change.

“My wife and I suffered a frontline casualty in the drug wars,” Taggert said. “For the last six and a half years we’ve been trying to effectively find ways to redeem that loss and hopefully in the process save other kids and help other families. …I haven’t shaken the conviction that there ought to be an effective platform in which I can make the case to the people in the Mississippi that this is the greatest danger facing our young people.”

Taggert kicked off his campaign with a weeklong media tour that began on the porch of his pastor’s house in his hometown of Moss Point on Monday and spanned the entire state. On Thursday, he made stops in Tupelo and Oxford, spending time speaking with EAGLE about his campaign.

Addiction is prevalent everywhere, but especially in college towns. Ole Miss is finishing construction of the William Magee Center for Wellness Education as part of the new South Campus Recreation Center. The center will help students who are dealing with alcohol and substance abuse. Taggart applauded Ole Miss’ efforts and views the University of Mississippi as a flag bearer on the issue.

“I think Ole Miss is sort of leading the charge,” Taggert said. “Generally speaking, campuses are willing to acknowledge an alcohol problem and they’ll deal with it forthrightly. Generally speaking, campuses don’t want to acknowledge a drug problem. That’s not healthy in my judgment because we do, in fact, have a substance abuse problem separate from alcohol. It’s just an objective fact. To their credit, born out of tragedy Ole Miss has acknowledged that fact.”

Drug addiction is Taggert’s main platform, but the attorney from Madison has also been vocal about Mississippi’s state flag. Taggert views it as a symbol of the past holding Mississippi back from growing into the future. He has gone on record to say the flag should be put in a museum and a new flag should welcome visitors to the Magnolia State.

“That springs from my conviction that we need leaders as passionate about our future as some seem to be about our past,” Taggert said. “If we’re going to have a prospect of retaining (young age groups) and recruiting them to come across state lines to come to Mississippi, they’re going to have to be convinced we have a forward-looking set of leaders in our state that are more concerned about looking through the windshield and not the rearview mirror.”

Taggert’s thoughts on what should happen with the current state flag differ slightly from his thoughts on monuments, such as the Confederate statue at the center of Ole Miss’ campus. The University announced last month their intentions to begin the process of relocating the statue from the Lyceum-Circle to the Confederate cemetery behind Tad Smith Coliseum.

“Monuments, in my judgment, are different,” Taggert said. “A state flag is uniquely the banner that is supposed to be representative of all of it. It is supposed to be our official symbol as a state. Monuments are not the same thing. In some places, it’s appropriate to have monuments to history, even unpleasant history. In some places, to unpleasant history, (monuments) are in the wrong place and they ought to be replaced, or contextualized. …Typically they’re owned by locally governed bodies, or in this case, the university, or a municipality or a county, and, in my judgment, those are the bodies who should be making the decision on what to do about them.”

As he begins his campaign, the Republican candidate wants voters to value his passion on the issues of drug addiction and substance abuse, but also his experience in the political arena. Taggert has worked on campaigns for of Ronald Reagan, Kirk Fordice and worked with current Mississippi governor Phil Bryant in the auditor’s office.

Even though Taggert has held an elected office — a term as a Madison County supervisor — he is relying heavily on the experience garnered from those he has worked for, as well as his legal career spanning three decades as he campaigns for the attorney general’s seat.

“The thing I believe voters ought to value about my political experience is it is also my legal experience,” Taggert said. “At the same time I was growing in politics I was serving as chief of staff and counsel to Kirk Fordice. …My role during my career has been representing the state’s highest office holders and, of course, that’s one of the unique roles of the attorney general.”

Taggert will run against state treasurer Lynn Fitch and state representative Mark Baker in the Republican primary on Aug. 6. A runoff, if needed, will take place on Aug. 27 with the general election following on Nov. 5.