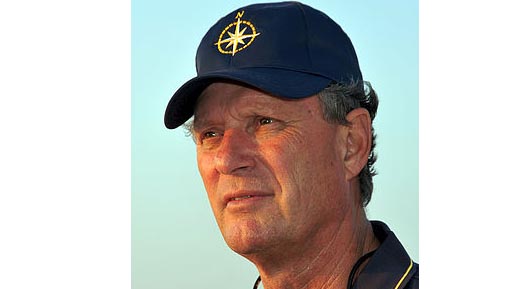 The man best known for discovering the famed and ill-fated British passenger liner RMS Titanic will be the guest presenter for the final University Forum of the spring 2019 semester at The University of Southern Mississippi (USM).

Robert Ballard, an underwater archaeologist and oceanographer who discovered and explored the Titanic’s remains in 1985, will present “Finding the Titanic and Other Tales of the Sea” Tuesday, April 16 at 6:30 p.m. in the Mannoni Performing Arts Center on the USM Hattiesburg campus. Admission is free, and this event can also be viewed via IVN from Hardy Hall, room 316 at The USM Gulf Park Campus in Long Beach.

More than 100 years ago, the RMS Titanic was sailing on its maiden voyage when it sank after striking an iceberg in the North Atlantic. More than 1,500 passengers lost their lives in the incident, which was the catalyst for a comprehensive international treaty addressing maritime operations.

In addition to his work with the Titanic, Ballard was also a part of subsequent expeditions which located the German battleship Bismarck in 1989, the British Lusitania in 1993 (whose sinking led the United States into World War I), the USS Yorktown in 1998 (sunk during the Battle of Midway in World War II), and PT-109 in 2002 (the boat piloted by John F. Kennedy). He is the founder of the Center for Ocean Exploration at the University of Rhode Island and the Ocean Exploration Trust.

“Bob Ballard is a modern-day adventurer, an undersea Indiana Jones, whose explorations remind us that we should not ignore the part of history that lies at the bottom of the ocean,” said Dr. Andrew Haley, director of University Forum. “His discovery of the remains of the Titanic forced us to grapple with the limits of technology, even as it demonstrated the power of science, math, and engineering to overcome even the most daunting hurdles.”

Ballard also helped uncover the first hydrothermal vents (called “black smokers”) in the Galapagos Rift in 1977, and the unique lifeforms that thrive near these underwater chimneys. In 2003, he was awarded the National Humanities Medal by President George W. Bush. He has received honorary degrees and six military awards, and is a recognized leader in science, technology, engineering and mathematics (STEM) education.

“We’re very fortunate have Dr. Ballard share some of his many experiences with our USM community,” said Dr. Monty Graham, director of the USM School of Ocean Science and Engineering who serves on the board of directors for the Ocean Exploration Trust. “While he is often recalled as the discoverer of the Titanic, those of us in the ocean sciences regard documenting the presence of unique communities at deep sea hydrothermal vents as his greatest discovery to date. Knowing Dr. Ballard, I’m sure the attendees will be riveted by his accounts.”

University Forum is presented by the USM Honors College; the USM Office of the Vice President for Research is providing additional support for Dr. Ballard’s presentation. For more information on University Forum and the Honors College, visit https://www.usm.edu/honors/about-university-forum.