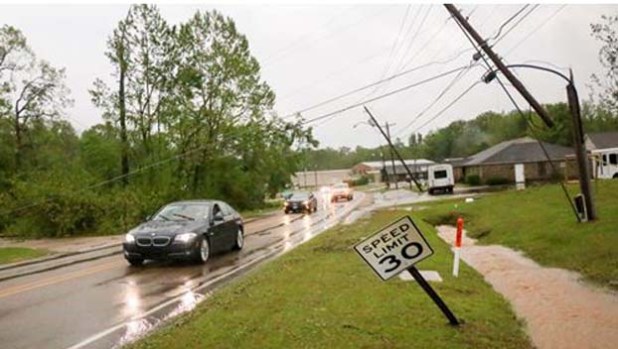 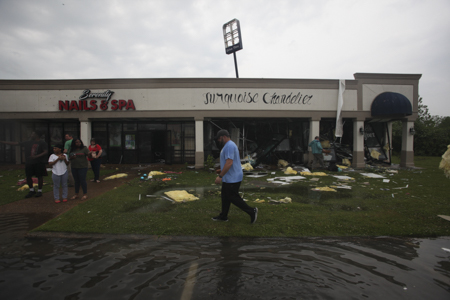 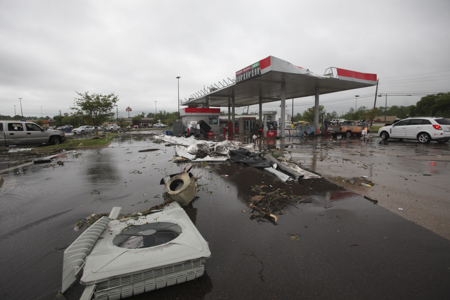 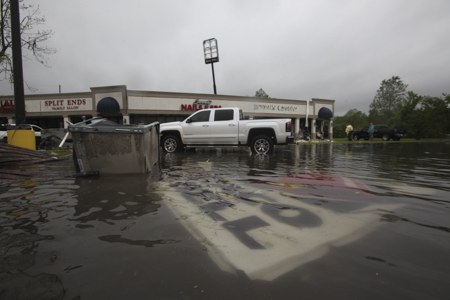 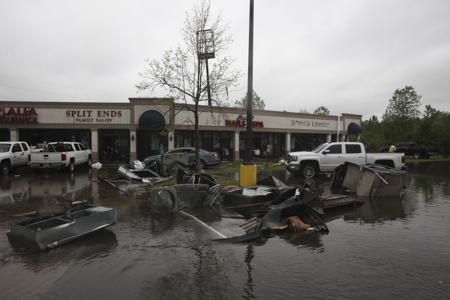 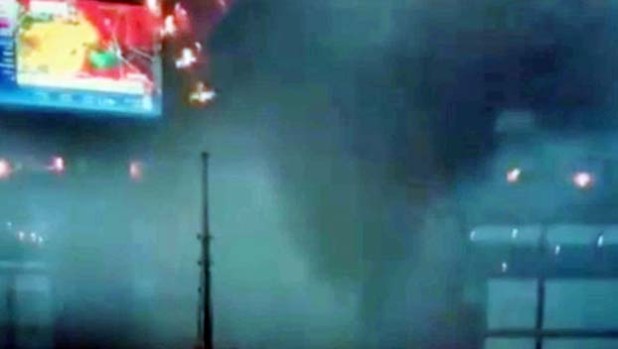 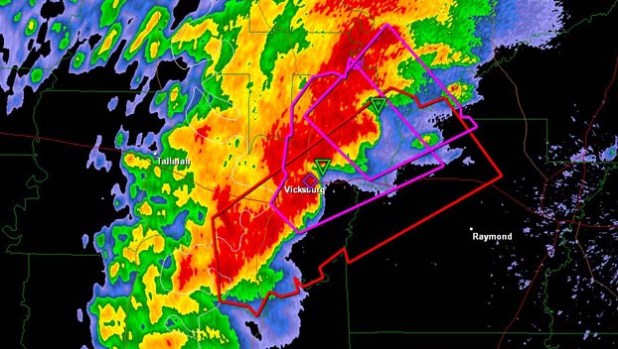 Tornadoes were reported in a wide swath across the center of the state from Vicksburg east to Starkville.

Late Saturday night a storm cell believed to contain a tornado passed near the Mississippi State University campus, where street flooding was reported by Twitter users.

In Warren County the storm that struck Vicksburg did so in the light of day, which gave emergency responders a chance to assess damage while the sun was still up.

Elfer said people have reported roads blocked by trees and water, and trees on homes with flooding on U.S. 61 North and at Blakely Subdivision.

“There’s also been damage to buildings in Vicksburg,” he said.

Warren County Sheriff Martin Pace said the path of the storm hit at LeTourneau in southwest Warren County and moved northeast across Vicksburg to the Culkin area.

“We’ve had a lot of buildings get a lot of damage; in some of the areas with the most damage, I’ve had deputies going door-to-door.”

He said Openwood Plantation “has just blocks and blocks of damaged homes.”
Pace said so far there have been minor injuries, and he has two shifts of deputies on duty.

As of 6 p.m., Entergy customer service representative Shelia McKinnis said at least 5,500 customers were without power and a major transmission line was down across Interstate 20 and the North and South Frontage Roads.

Among the worst areas were Sky Farm Avenue from Mission 66 to Meadowvale in north Vicksburg “looks like a river,” Mayfield said. There was also flooding at Howard and Clay streets and on Drummond and Division streets, where Mayfield said was about 3-4 feet deep, adding, “I’ve never seen it like that there.”