So far, tornadoes have scared Mississippi but damage has been light 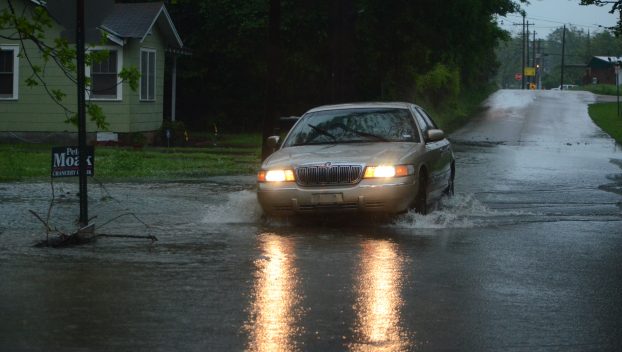 Suspected tornadoes scared Mississippians from the Mississippi River to the Alabama line Thursday, but early reports indicate the damage has been light.

People huddled in hallways, stairways and basements across southwest Mississippi and the Jackson metropolitan area for much of Thursday afternoon, as tornado sirens wailed, winds howled and rains poured.

Trees and power lines have been reported down all across the path of the storms with some trees blocking roadways.

Utilities reported more than 50,000 electrical outages statewide, with trees blocking roads and highways in many places.

At the Walmart in Clinton, where a possible tornado was spotted on radar, at least two cars were flipped over by high winds.

Minor street flooding has also occurred as some thunderstorms dropped so much rain so quickly that storm drains were overwhelmed.

Local news outlets report a school bus carrying preschoolers was briefly trapped between downed trees on a road near Utica.

The National Weather Service reported gusts of 60 mph in Natchez, Mississippi, on Thursday afternoon as the storm system moved across the Mississippi River from Louisiana.

Dozens of schools and colleges dismissed students early as tornado watches were issued.