A fire 79 years ago nearly claimed an entire generation in small Mississippi town, but it ultimately made the world safer 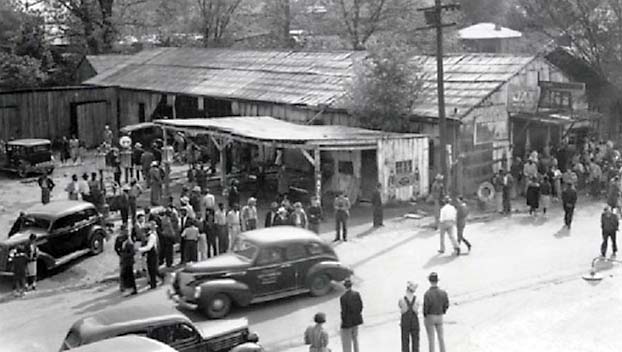 A fire broke out 79 years ago tonight that claimed the lives of 209 people in Mississippi, causing almost an entire generation to be lost in a small town and ultimately making the world safer for the rest of it and you may not have ever heard about it.

On April 23, 1940, hundreds of people — mostly young and all black — crammed into the Rhythm Night Club in Natchez, Mississippi, for a special, one-night only performance by Chicago musician Walter Barnes and His Royal Creolians.

The band was so popular that the club’s owners has boarded up the windows and all escape routes except the front door. Historians estimate that more than 700 people were crammed inside the 120 x 38-foot building.

Spanish moss used for decoration caught fire near the lone entrance and exit the fire spread quickly, and it was nearly impossible for patrons inside to escape.

At least 207 people were killed in the fire. It remains the fourth-deadliest club or assembly hall fire in U.S. history. Many others were seriously injured.

Survivors, firefighters and neighbors remember hearing the chilling screams for help of those people trapped inside.

In the aftermath the smell of burned bodies could be smelled for miles and lasted for days.

Many of the victims had to be buried in mass graves at the Watkins Street Cemetery in Natchez after they could not be identified.

As a result of the fire, however, fire codes were eventually changed to help prevent such tragedies from happening in the future.