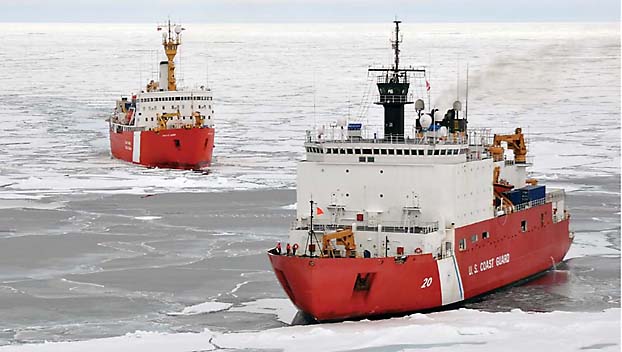 The U.S. Navy is awarding a $746 million contract to a Mississippi shipyard to build up to three polar icebreakers for the U.S. Coast Guard.

The Navy made the announcement Tuesday that it had chosen VT Halter Marine of Pascagoula from among three bidders. Members of Mississippi’s congressional delegation say Halter will hire an additional 450 employees.

The contract is for design and construction of the first ship.The contract could be worth $1.94 billion, with work continuing through 2027, if the Navy builds all three ships.

The announcement says most work will be done by Halter in Pascagoula. About a quarter of the work would be done in New Orleans and Metairie, Louisiana.