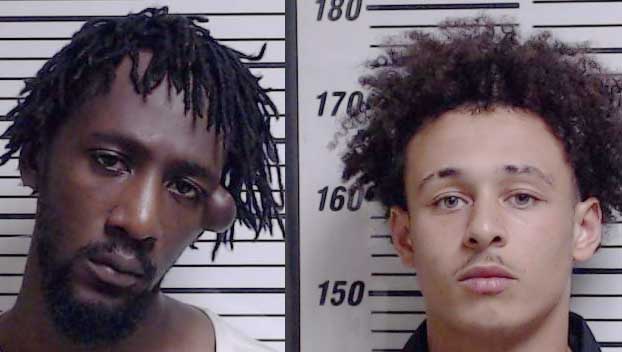 Two suspects have been arrested in connection with the armed robbery and assault of a 93-year-old Mississippi man last week.

The arrests stem from an incident that occurred on Thursday of last week when officers responded to a 10:20 a.m. call on Glen Valley Way to investigate an armed robbery complaint. Victims told police the homeowner was on his carport when two people approached, brandished a handgun and demanded money from the man and another person with him.

One of the suspects assaulted the victim before fleeing on foot with their personal belongings.

Barnes was arrested at his residence after he tried to flee police. Frazier was taken into custody at his workplace.

Barnes was already out on a $225,000.00 bond for two counts of armed robbery and aggravated assault which occurred in February of this year.

This is an ongoing investigation. Anyone with information should contact the Gulfport Police Department at 228-868-5959 or you can remain anonymous and contact Crimestoppers at www.mscoastcrimestoppers.com or calling 1-877-787-5898.