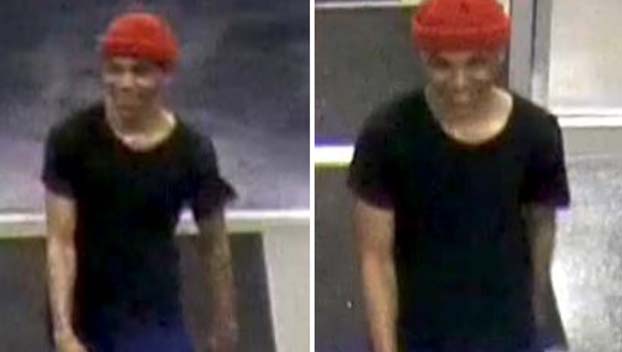 Mississippi law enforcement officers were swarming ares of the Mississippi Gulf Coast early Monday after a Biloxi Police Department officer was shot and killed outside the police station late Sunday.

The officer, who has not been identified, was approached by a man at approximately 10 p.m. in the parking lot of the police station on Porter Avenue.

Local media reports the man opened fire on the officer shooting him multiple times. Neither the motive nor the circumstances that led to the shooting are clear.

Police report the wounded officer was taken to nearby Merit Health hospital by Biloxi firefighters where he was pronounced dead.

Neighboring Gulfport police are leading the investigation, with assistance from the Harrison County Sheriff’s Office and the district attorney’s office.

Police released a photo of the suspect. It shows a slender man wearing a black T-shirt, navy blue shorts and a rolled up red beanie cap. Investigators believe the suspect is between 5-foot, 7-inches and 5-foot, 10-inches tall.