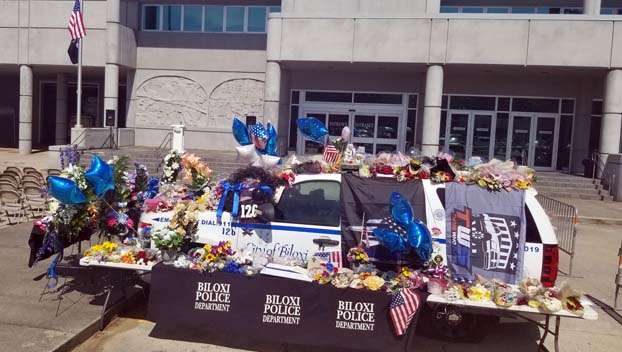 People gathered Tuesday outside the police station, steps away from where Patrolman Robert McKeithen was gunned down Sunday night in the parking lot.

Mourners included McKeithen’s widow and several other family members, who held hands through most of the ceremony but didn’t speak.

Biloxi Police Chief John Miller thanked people who piled flowers and other tributes on McKeithen’s SUV for “showing their love for us.”

Darian Atkinson remains jailed without bail after the 19-year-old’s arrest Monday on a capital murder charge. His 21-year-old brother was booked into jail early Tuesday on a charge of being an accessory to the crime. Both men are expected to appear before a judge Wednesday morning.