Mississippi band returns to hometown this weekend after international tour 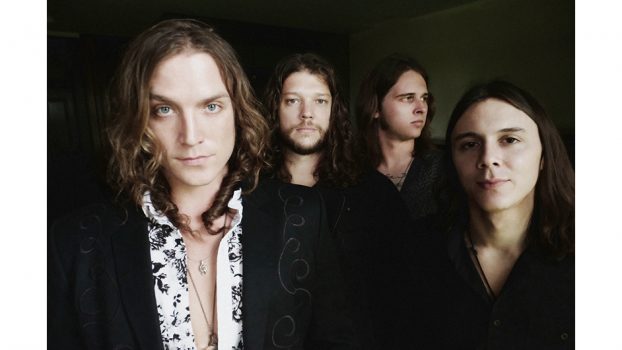 After hitting the stage internationally, Bishop Gunn will bring the band’s Delta medley of rock n’ roll, soul and blues music home to the bluffs of Natchez this Saturday for the 2nd Annual Bishop Gunn Crawfish Boil.

The show kicks off at 2 p.m. Saturday in Bluff Park on Broadway Street and the gates open at 1 p.m.

Tickets are $30 for general admission or $25 each for a group of four and $250 for VIP access, which includes full access to the VIP tent, food and drink, air-conditioned restrooms and access to the VIP viewing area.

The band continues to grow in popularity since the release of their debut album last year, named after the hometown of most of its members, “Natchez.”

Earlier this year, the group ventured out on a European tour with Kid Rock and are finishing up gigs in the Dominican Republic before hitching a flight to Natchez for Saturday’s show, Lewis said, adding Bishop Gunn is committed to showing off their hometown to a few friends they’ve made on tour.

“We’re going out of town and making friends, and we get to bring those friends back to Natchez to show off our hometown,” Lewis said. “We’re just excited about coming home. Natchez is definitely a unique place. The more I travel and the more I see, I appreciate it even more.”

Magnolia Bayou is returning to BGCB in this year’s lineup as well as some of Bishop Gunn’s new friends, Tyler Childers, Black Stone Cherry and Southern Avenue.

Bishop Gunn may pull some new music out of its hat as well, Lewis said.

Visit Natchez and the Natchez Convention Promotion Commission will provide a free shuttle service from the Natchez Visitor’s Center to Bluff Park starting just before the gates open at 1 p.m. and again just before the festival ends, said executive director, Jennifer Ogden Combs.

“We’re excited to have our guys back for the B-C-B-G-2,” Combs said. “Natchez is not only our hometown, but Bishop Gunn’s hometown, and they’ve been tremendous ambassadors for Natchez as they’ve traveled the country and Europe. … Rain or shine, this is going to be a big event.”

Combs said a map of the shuttle’s route and designated stops would be viewable at visitnatchez.org.