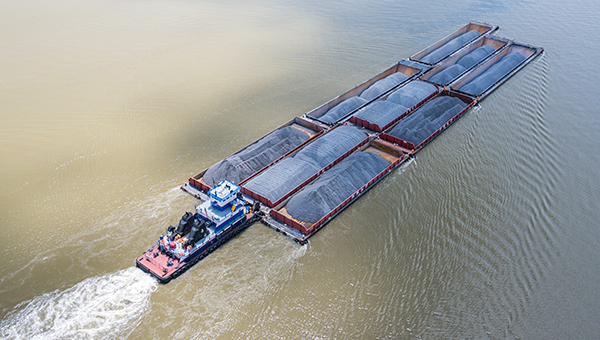 Forecast heavy rains for the lower Mississippi River basin area around the Arkansas River, could raise the Mississippi’s levels in parts of Mississippi to near-record levels for the second time this year, a National Weather Service Hydrologist said.

“It’s really going to depend on what we see over the next 24-36 hours,” Hydrologist Marty Pope said. Presently, forecasts indicate a 3-5-inch rainfall across the lower Arkansas River Basin. If the area gets the full 3-5 inches of rain, he said, that could increase the river level.

Pope said the next 24 to 36 hours will be the heaviest period for rain in the Arkansas Basin. “Most of that will start shifting eastward after that,” Pope said.

“It’s going to depend on the placement (location) of that rain; if the rain does not do it, probably not,” he said, adding the river level will not get higher. “We could probably see some adjustments in the crest forecast if we don’t get that rain.”

Rainfall in this area will have an effect on the Yazoo Backwater area near Vicksburg.

“It’s really going to depend on how much rain they get behind the backwater levee; that’s going to be the biggest issue,” Pope said.

Rainfall projections for Yazoo City, he said, have caused forecasters to increase the Yazoo River’s forecast level to over 35 feet, “Which will put us up probably to 99-99.5 feet at Wolf Lake and that area behind it, and then everything is going to shoot up a bit, too, just because of the local rainfall back there.”

According to information from the U.S. Army Corps of Engineers Vicksburg District, the Steele Bayou Control Structure could potentially close as early as the end of the week pending conditions on the Mississippi River and the Yazoo Backwater area.

“The Vicksburg District will continue monitoring the rise of the Mississippi River due to heavy forecasted rain in the south Delta to determine if a closure is necessary,” a Corps spokesperson said.

The Mississippi crested in Vicksburg at 51 feet in March, then fell, but has remained above flood stage in the area. The current forecast shows the river should reach 50 feet on the Vicksburg gauge on May 20.

South of Vicksburg in Natchez, the river crested at its third-highest level at 57.83 feet on March 12. Forecasters now predict the river will again rise to 57 feet on May 21. If that happens it would mark the sixth highest level ever recorded.

The area has also seen flooding from the Big Black River.