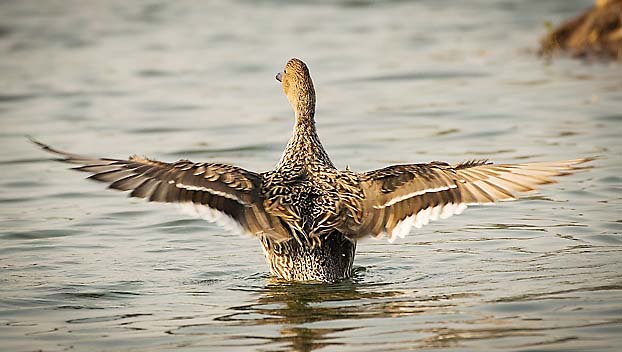 A non-profit aimed at protecting America’s feathered friends believes as many as 250 species of birds could be threatened by a pending EPA decision regarding a drainage project in the Mississippi Delta.

The U.S. Environmental Protection Agency has announced plans to reconsider a 2008 veto of a flood protection project in the Mississippi Delta.

In 2008, under the George W. Bush administration, the EPA vetoed a drainage project to provide pumps to alleviate high water from the Yazoo River’s backwaters.

Recent flooding has prompted renewed interest in the project., which was originally authorized in 1941 as part of the Clean Water Act, but never materialized.

Due to concerns about the potential impact to the wetland and aquatic areas impacted, the project was vetoed in 2008. But now the current EPA is considering a change prompted by complaints about flooding.

The group Audubon Mississippi is lobbying the EPA to not overturn the veto due to the potential damage it could cause to birds along the Mississippi River flyway. In a press release the group said its members are “deeply concerned” about what the decision could cause.
“These ecologically rich habitats support over 250 species of birds, 20 percent of the country’s duck populations, and hundreds of species of fish and wildlife,” the group wrote. “Tens of thousands of acres in four National Wildlife Refuges and the Delta National Forest would be drained.”
“There is no guarantee the project can keep communities flood-free, nor is there evidence that the project would have minimized the area’s recent flooding,” the group wrote. “In fact, residential flooding in the backwater area is very limited because of other major water projects. Importantly, wetlands provide natural flood protection, and destroying them will make communities more vulnerable.”

Instead of the pump project the group is asking for alternatives to be considered including:
• Federal Emergency Management Agency’s National Flood Insurance and Flood Mitigation Assistance Grant Programs that work to elevate homes and roads, or do voluntary relocations.
• U.S. Department of Agriculture’s Conservation Reserve and Wetlands Reserve Programs compensate farmers for voluntarily taking their land out of production and restoring it back to wetlands. These programs are already popular in the Mississippi Delta.
“EPA has outlined a plan for the Lower Yazoo River Basin that incorporates these approaches,” the group wrote. “The initiative is a bargain at $20 million compared to the incredibly expensive Pumps that will cost taxpayers $440 million to build.
“Audubon will continue working to halt EPA’s unprecedented attempt to revive the destructive, wasteful Yazoo Pumps, safeguard key federal protections for birds and their habitats, and promote common-sense flood protection measures for local communities.”

Tate Reeves is the $6 million man in Mississippi…