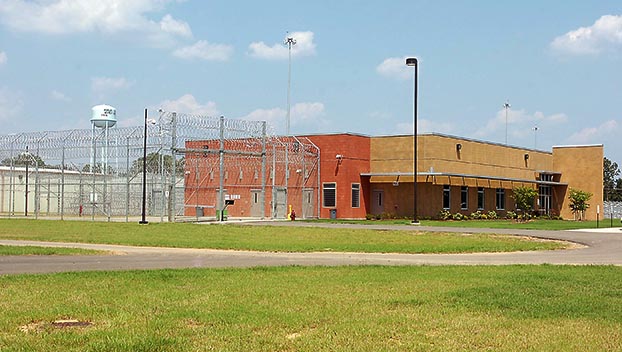 Members of the Adams County Board of Supervisors, Natchez Board of Aldermen and Natchez Inc. conducted a teleconference with prison officials and with representatives from the offices of Sen. Cindy Hyde-Smith and Sen. Roger Wicker.

Last week, CoreCivic announced that the Federal Bureau of Prisons was not renewing its contract with ACCC. The 10-year federal contract for the facility on U.S. 84 is set to expire on July 31 but may be extended to the end of the year to allow for the transfer of prisoners, Natchez Inc. Executive Director Chandler Russ said.

Wednesday’s meeting allowed local and state leaders to discuss with CoreCivic the next steps needed to ensure the prison stays open.

“What we did is bring together CoreCivic, our congressional delegation, and local leadership to make sure that everything is coordinated and that we are pulling in the same direction,” Russ said.

The goal is to streamline the process for the next few months to retain jobs and the future of the prison, Russ said.

Russ said he is confident that CoreCivic will be able to find another agency that is looking for prison space.

Another CoreCivic facility in North Mississippi, Russ said, has been through a situation similar to ACCC and been able to keep the prison in Tallahatchie County open.

“They were housing inmates from California and lost the contract,” Russ said. “They were able to repurpose the facility and find additional contracts.”

Russ said one of the greatest assets of ACCC that is attractive to those looking at prison facilities is ACCC’s employees.

“One key to marketing the facility will be the existing employees,” Russ said. “They already have federal certification and background checks.”

The existing employees and their certifications will be very attractive to other federal agencies, Russ said.

“The loss of the (current contract) had nothing to do with the employees,” Russ said. “They just received the highest certification they have ever received.”

Russ said the loss of the contract was simply because BOP wanted to reduce the number of prisoners housed, which raised CoreCivic’s bid too high to win the bid.

Russ said ACCC is one of the newest facilities in the prison industry, which could also make it attractive to other agencies. The $130 million investment also means that CoreCivic has a vested interest to find a future for prison, Russ said.

Adams County Board of Supervisors President Calvin Butler and District 2 Supervisor David Carter, who both attended Wednesday’s meeting, said they came away from the conference more confident that the prison will survive.

“I feel positive that something good will happen,” Butler said.

Carter agreed and said he came away from the meeting more optimistic about the future of the prison.

“CoreCivic made clear they are firm in their commitment here and that they are capable of seeking new contracts,” Carter said.

Russ said local leaders will continue to meet with CoreCivic weekly as the company seeks to secure other contracts.