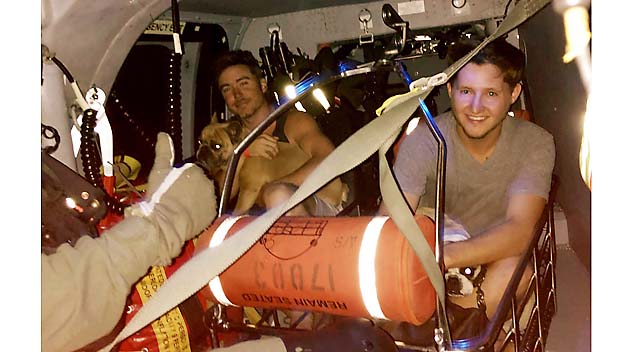 A U.S. Coast Guard helicopter crew rescued two Mississippi men and their three dogs early Sunday after they were stranded in a vehicle due to rapidly rising river waters.

Crews from the Eighth Coast Guard District based in New Orelans were called by the Pearl River County Sheriff’s Office at approximately 2:10 a.m. after deputies learned of the stranded motorist.

Poor weather conditions delayed the helicopter crew from taking off until approximately 3:45 a.m. They reached the men and dogs at approximately 4:30 a.m. and hoisted them to nearby emergency medical services.

“We faced torrential rain, lightning and low visibility but, thanks to our training, we were able to safely transport the two men and the dogs to safety,” said Petty Officer 3rd Class Johannel Mejia, an aviation maintenance technician at Air Station New Orleans. “It’s times like this, when we’re able to make an impact on someone’s life, that makes this job so fulfilling.”

Deputies pursue Mississippi suspect from Louisiana back to Magnolia…