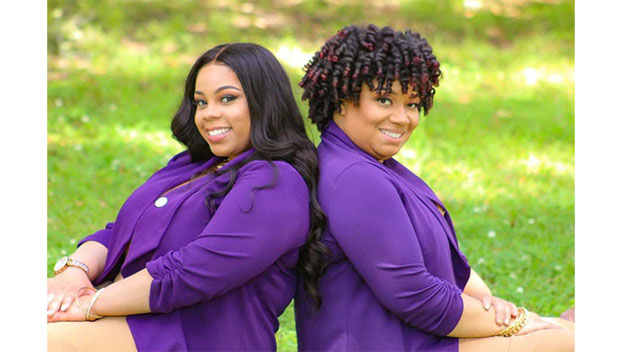 For most of her childhood, Vannesia Scott said she shared her mother with an entire village, so she didn’t mind sharing her college graduation experience with her mother.

Scott and Chantel Marsaw, the founder of a non-profit called “It Still Takes a Village to Raise a Child,” both received degrees from Alcorn State University on May 4; Scott received her bachelor’s degree in psychology and Marsaw received her master’s degree in business administration.

“Honestly, I never even thought about us finishing at the same time until it was time to graduate,” Scott said. “Sometimes when I would call her, she would be doing homework and I would be doing homework, so we would complain together about homework. … We never realized we would be graduating together, and it didn’t seem real until we were picking out our cap and gowns. … I thought being able to share that moment with her was so cool.”

Though they were both supposed to sit quietly, Scott said she and her mother both cheered for each other when their names were called to receive their diplomas.

Marsaw said she and her daughter both plan to return to Alcorn in the fall to pursue master’s degrees in counseling and clinical mental health, and both Scott and Marsaw work with children, they said.

Scott works as an office manager for Bruce Professional Counseling Services and wants to someday run a foster home, she said.

“I want to be able to help children in need, and there’s a big need for foster parents,” Scott said.

Marsaw said she works as an assistant at Natchez Freshman Academy and plans to become a licensed school counselor.

“At Freshman Academy, a lot of the students come to me for help already,” Marsaw said. “I want to help as many children as I can.”

After school, Marsaw continued assisting community children who have lost one or both parents with “It Still Takes a Village,” Scott said, but acted as a mother figure to her community long before the organization was founded five years ago.

As she was growing up, Scott said Marsaw not only raised her and her three sisters as a single parent, but also helped many of her peers.

“I’m so glad she is going into the field of counseling,” Scott said. “I see how much she is doing for other kids, not just me and my sisters. … I see the impact that she has on her kids in It Still Takes a Village. Everywhere I go, people think my mom is their mom and I think, I’ll share her for today. Not tomorrow, but just for today. I think counseling is the best thing for her because of her spirit and her heart. I get a lot of that from her.”