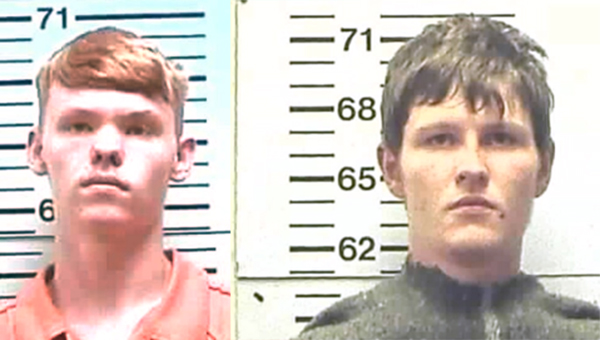 Authorities are looking for two men who fled from sheriff’s deputies in the vicinity of Timberlane Subdivision Sunday evening.

Pace said the pair, Zachary Brooks, 22, and Justin Tilley 17, are wanted for possession of stolen property involving the theft of a vehicle they wrecked early last week and abandoned.

They are considered to be armed and dangerous, Pace said. He said more than 12 deputies, including K-9 units are involved in the search for the pair.

“If anyone sees two individuals matching their description, they should call 911 immediately,” the sheriff said.

Pace said deputies received a tip Sunday through Crime Stoppers that the pair were traveling in the area in a gold Buick Century.

A car matching that description was seen by deputies about 5:30 p.m. at the intersection of Halls Ferry and Fisher Ferry roads.

Deputies attempted to stop the car, which went south on Halls Ferry Road. As the chase neared the subdivision, the Buick containing the pair rammed a marked sheriff’s unit.

The car later broke down and Brooks and Tilley fled on foot into the subdivision with deputies in pursuit. Deputies also set up road blocks and stopped and checked cars driving in the area.

During the search, deputies received a report that a handgun was taken from a car in the subdivision.

“We believe the two men we are looking for broke into the car and took the gun,” Pace said.

“We are asking the public’s help in finding these two individuals,” Pace said. “We appreciate the public’s patience and cooperation during the search.

“We ask that people lock their cars and do not leave keys or firearms in their vehicles.”

“We plan to stay out as long as we have to until we’ve caught these individuals or have learned they have move out of the area.”