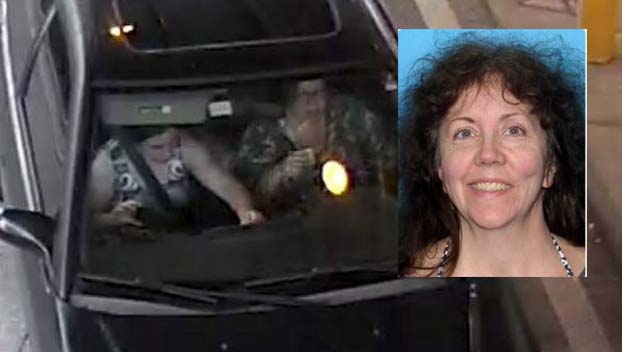 Florida kidnapping suspect Brenda Cambron is seen in this photo traveling with the biological daughter police say Cambron kidnapped. She was captured early Wednesday in Mississippi.

Mississippi police located and arrested a Florida woman who is accused of kidnapping her autistic biological daughter from the girl’s foster guardian.

Sage Cambron, who authorities said is 15 years-old, but demonstrates the intellectual capabilities of a 5 year-old, was located and is safe.

The girl was reported missing from her foster guardian Monday and after a search of their Port Charlotte neighborhood, police investigators quickly identified Sage Cambron’s biological parents as persons of interest. The father was located in Louisiana and was arrested on unrelated drug charges.

The mother could not be found so authorities issued a warrant for her arrest.

Law enforcement authorities tracked Brenda Cambron’s cell phone signals, but where temporarily thrown off when she turned the device off for an extended period of time.

The phone was activated again early Wednesday and investigators tracked her to a cell tower near Interstate 20 near Clinton, where local police were contacted.

Officers with the Clinton Police Department spotted Brenda Cambron’s vehicle in a McDonald’s parking lot and noticed the tag had been switched to one not registered to the car.