Violent carjacker gets 12 years in prison; crime committed while on bond for murder 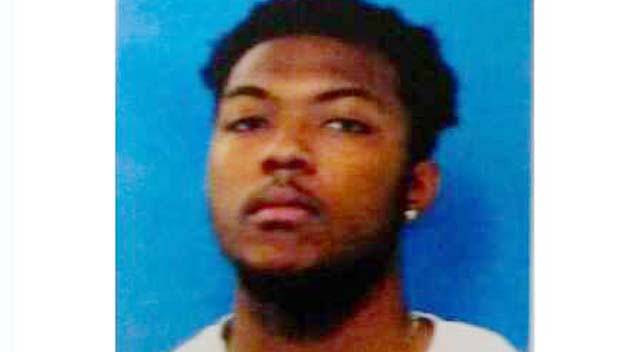 A Mississippi man was sentenced to more than 12 years in federal prison Monday for his part in a violent carjacking in 2017.

Darrell D. Moore, 22, of Clinton, was sentenced by Chief U.S. District Judge Daniel P. Jordan III to 153 months in federal prison, followed by three years of supervised release, for carjacking and brandishing a firearm during the commission of a violent crime, announced U.S. Attorney Mike Hurst and Special Agent in Charge Christopher Freeze with the Federal Bureau of Investigation. Moore was also ordered to pay $2,000 in restitution to the victim.

“This is great example of our office and law enforcement partners taking another violent criminal off the streets of Jackson. Our partnerships under Project EJECT continue to make a positive difference and are making our communities, neighborhoods and families safer. I commend our Jackson police officers, FBI special agents, and prosecutors for bringing this individual to justice and for bringing justice to the victim in this case,” said U.S. Attorney Hurst.

On November 7, 2017, while Moore was on bond for murder in Hinds County, Moore, Alexus Guster, and Cedric Winfield agreed to rob and carjack a victim at gunpoint.

At the instruction of Moore and Winfield, Guster lured the victim to a location where Winfield and Moore were waiting to carjack and rob him. Guster and Winfield spoke to the victim while standing at the passenger side of the vehicle.

While the victim was distracted, Moore approached the driver’s side of the vehicle, pulled the victim out of the car at gunpoint, and forced him to give up his money and the vehicle. The victim then fled the scene on foot and Moore fired his gun twice in the direction of the victim.

Winfield drove the car to his residence where Moore and Guster met him to search the car for valuables.

This case was investigated by the Federal Bureau of Investigation and the Jackson Police Department. It is being prosecuted by Assistant United States Attorneys Mary Helen Wall and Kimberly Taft Purdie.

This case is part of Project EJECT, an initiative by the U.S. Attorney’s Office for the Southern District of Mississippi under the U.S. Department of Justice’s Project Safe Neighborhoods (PSN). EJECT is a holistic, multi-disciplinary approach to fighting and reducing violent crime through prosecution, prevention, re-entry and awareness. EJECT stands for “Empower Justice Expel Crime Together.”

PSN is bringing together all levels of law enforcement and the communities to reduce violent crime and make our neighborhoods safer for everyone. Former Attorney General Jeff Sessions reinvigorated PSN in 2017 as part of the Department’s renewed focus on targeting violent criminals, directing our offices to work in partnership with federal, state, local, and tribal law enforcement and the local community to develop effective, locally-based strategies to reduce violent crime.