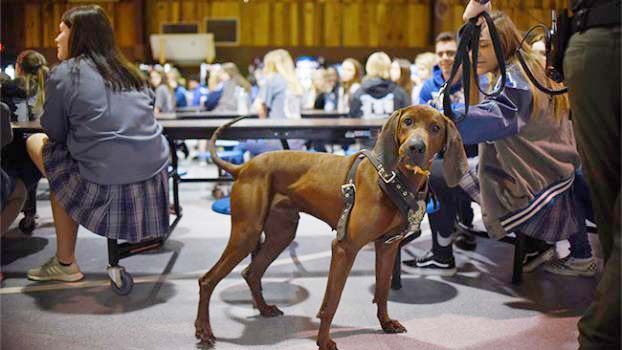 With its current K9 officer growing old and facing arthritis and cancer, a Southwest Mississippi Police force is looking for his replacement and a new ride for the animal.

The Natchez Police Department will soon welcome a new K9 among its ranks.

For the past decade, Arko, a multi-purpose German Shepherd, assisted the department in detecting narcotics and tracking lost people. However, Arko has developed health concerns with age and is nearing retirement, Armstrong said.

“Right now, he’s unable to track, and is suffering from arthritis and cancer,” Armstrong said. “He’s not really being utilized right now, because he has reached the end of his working period.”

The community acted generously to fundraise approximately $7,000 without his requesting it, Armstrong said, adding the fundraising could continue to help obtain a second K9 to work during the day shift.

“While we don’t have a K9 unit being utilized at the moment, we are without a K9 vehicle,” Armstrong said. “However, we can get another car that the cage could fit in or buy another vehicle with a cage. These animals are best served in a larger vehicle, such as an SUV.”

Armstrong said he was able to find a used Durango for $24,351 in Louisiana, adding the vehicle could wait until the next budget cycle.

“By the time we receive this K9 and get him trained, it will be a little ways down the road,” Armstrong said.

Dave would be proud: Mississippi Wendy’s manager named No.…