Mississippi chef squares off in competition for $100,000 cajun cooking challenge 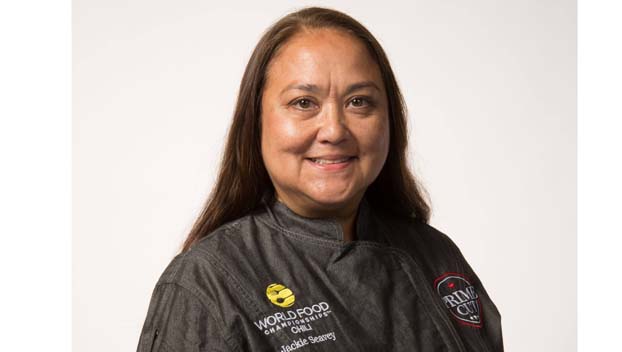 Mississippi Chef Jacqueline Seavey will compete this weekend at a private event at the New Orleans Culinary and Hospitality Institute.

Chef Jacqueline Seavey spiced things up at the World Food Championships (WFC) last fall by winning over the judges’ taste buds with a non-traditional chili cuisine.

Her combination of advanced culinary skills and unique ingredients earned this Long Beach, Mississippi chef the 2018 World Open Chili Champion title and a spot to compete for $100,000 at WFC’s Final Table Challenge.

Jacqueline will face-off WFC’s nine other category champions in a private event May 18-19 at the New Orleans Culinary and Hospitality Institute, known locally as NOCHI. The entire process (which features three Cajun-themed throwdowns) will be filmed for a one-hour television program that will air this August on CNBC.

The 2018 WFC event was Jacqueline’s first time competing as a head cook. In previous years, she served as a sous chef in other categories such as Steak and Seafood.

Jacqueline has been working professionally in the culinary field for 25 years and currently manages kitchens in the casino industry.

“I grew up spending a lot of time helping my Thai mother in the kitchen, as well as watching my grandmother cook while visiting my grandparents’ Virginia farm-house in the foothills of the Appalachian mountains,” Jacqueline explained.“It was my grandmother who taught my mother, who, eventually, taught me how to cook American cuisine when she came to the United States in 1963.”

As she prepares to take on the other nine WFC category champs in the ultimate test of skills, performance and creativity–– she reflects on what she loves most about competing in Food Sport.

“Participating in culinary competitions can be nerve-racking but it has always been very rewarding,” Jacqueline said. “Over the years, sometimes I’ve won, and sometimes I did not, but I’ve always walked away learning something.

WFC’s Final Table event will feature three rounds of competition, narrowing down the field from ten competitors until only one cook remains and is crowned the 7th Annual World Food Champion. The first round of competition will be a Cajun Eggs Benedict challenge featuring NestFresh Eggs. Cooks will whip up their best NOLA-inspired version of this classic dish.

Only five competitors will advance to round two, which will require them to recreate a menu favorite from the popular New Orleans’ restaurant, Tableau. The top three cooks who emerge from the first two rounds will then create an appetizer for the great, family-owned Antoine’s restaurant during a final culinary challenge. The winner of this round will not only walk away with $100,000 grand prize, but his or her winning dish will be added to Antoine’s menu.

To help determine who will walk away with the prestigious title and grand prize, WFC has enlisted the help of culinary experts to judge each round of the competition. The panel includes