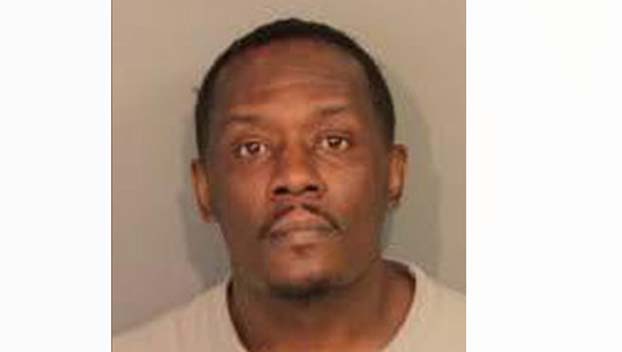 A Mississippi man was found guilty in federal court Friday of kidnapping and raping six Memphis women over a period of seven years.

The evidence presented in federal district court during a six-day trial demonstrated that between 2008 and 2015, Love traveled from Mississippi to Tennessee to find or meet a woman, hold her against her will, engage in forced sexual intercourse, and abandon her in a deserted part of the city.

The testimony at trial revealed that some of Love’s victims were chosen at random and abducted. Other victims met Love, who used a false identity, through social media and chat lines. But in every case, Love took his victims to unlit dead-end coves or uninhabited industrial areas. Each victim testified that she was raped before or after being forced out of Love’s car, and that as soon as he was finished, Love got in his car and sped off, leaving her without her purse, wallet, cell phone, or other personal items. One of the victims was a minor. Love was also convicted of brandishing a firearm during one of the sexual assaults. All victims reported the crimes to the police, and went to the Rape Crisis Center for treatment and the collection of DNA evidence.

Love’s cases were not linked until he was arrested in 2015 and a sample of his DNA was taken as part of the arrest. A profile developed from that sample linked Love to several unsolved rape cases dating back to 2008.

A renewed effort to test all sexual assault kits (or “rape kits”) for DNA evidence is ongoing. Profiles developed from the testing compared to existing DNA profiles in the Combined DNA Index System (CODIS). CODIS is a national database designed to help identify suspects in unsolved cases. Biological evidence collected during examination of a sexual assault victim is preserved in a sexual assault kit, and ultimately, sent to a laboratory for analysis. Once a DNA profile is developed, it is placed into CODIS and regularly compared to profiles already on file. Memphis Police Department’s Sex Crimes Bureau, DNA Cold Case Unit, developed Love as a suspect in these seven cases in part, through use of DNA and CODIS technology.

U.S. Attorney D. Michael Dunavant said, “The horrific physical violence, sexual abuse, and emotional torment suffered by the victims in this case cannot be undone, but this guilty verdict ensures that this violent and evil sexual predator will face significant consequences for his depraved actions. As a result of the outstanding investigative work of the MPD and the FBI, as well as the excellent trial presentation by our federal and state prosecutors, these victims have seen their cases solved, and justice has been achieved. ”

“This investigation exemplifies the dedication of law enforcement to continue to diligently work cases, even after the cases go cold, to ensure that criminals are held accountable for their crimes,” said M.A. Myers, Special Agent in Charge Memphis Field Office of the Federal Bureau of Investigation. “This verdict would not have been possible without the cooperative efforts of all of the law enforcement agencies and the prosecutive team, who worked tirelessly to ensure that the victims were not forgotten and that justice was served.”

MPD Director Michael Rallings said, “This continues to demonstrate the importance of our partnership with other agencies as we move through the investigations generated by the DNA Unit of the Memphis Police Department. It takes everyone working together with the victims to achieve these results.”

Love is set for sentencing on August 15, 2019, before U.S. District Court Judge Sheryl H. Lipman, where he faces a mandatory minimum sentence of 27 years and up to life imprisonment.