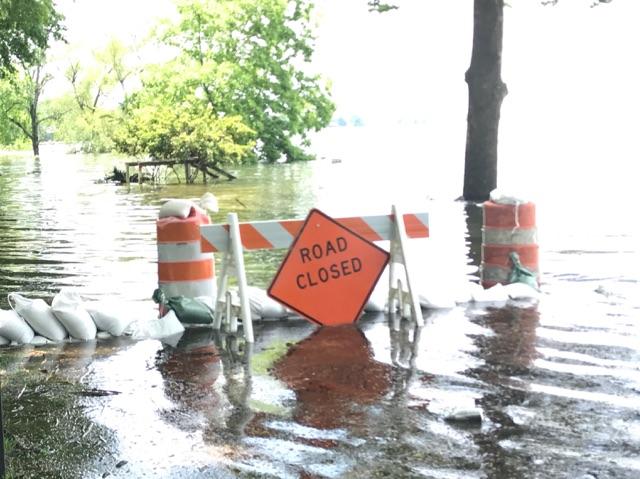 “We are in life-saving mode now,” Warren County EMA director John Elfer said Saturday afternoon. “We will worry about the property later.”

Those comments came hours after public safety officials decided to restrict access to the Eagle Lake area to property owners, and those helping property owners, due to ongoing backwater flooding that has now made traveling in and around the area dangerous.

The move to restrict access came Saturday, the same day as the U.S. Army Corps of Engineers Vicksburg District announced the Yazoo Backwater area would crest near 98.5 feet in the week, a level that would cover nearly every road in the area.

Vicksburg District engineers increased the forecasted crest in the Yazoo Backwater area from its original forecast of 97.5 to 98 feet due to prolonged high water on the Mississippi River, resulting in an extended closure of the Steele Bayou Control Structure, and “in consideration of field data collected.”

“It is just too much of a danger now to have anyone who does not have a purpose in that area, or a property owner, to be there,” Warren County Sheriff Martin Pace said. “It is hard enough for those who need to be there to move around safely, we definitely do not need any sightseers.”

The Sheriff’s Office has assigned more deputies to the area and has established a checkpoint at the base of the levee; the only remaining access route to Eagle Lake.

Pace said those looking to enter Eagle Lake will have their ID checked and will be asked their need for needing to go into the area. Those who do not have a reason to be in the area will be turned around.

Elfer said major flood prevention efforts that had been ongoing for weeks, with major sandbagging efforts continuing through Friday, have been suspended. But, he said, there are some private property owners who are continuing to shore up property.

“We just want to make sure that everyone who needs to be out, who wants to be out, can get out,” Elfer said. “The determination this community has shown in fighting this flood has been amazing.”

In their release Saturday, the USCOE said, “if the Yazoo Backwater area reaches 98 to 98.5 feet, the Vicksburg District anticipates that Eagle Lake may essentially have enough water flowing into it to equalize with the backwater area, resulting in a potential elevation of 98 to 98.5 in Eagle Lake within the next seven to 10 days.”

“The lake is going to fill up and there’s nothing anyone can do about that,” Elfer said, adding more homes will be flooded. But, he said, the impact from the backwater flood is not limited to Eagle Lake. “We will have additional flooding in the Flowery Road area, as well in some other areas.”

Pace said the additional patrols and restrictions to the area are also designed to eliminate any thievery that might take place during the flooding.

A mobile command post was scheduled to be set up by late Saturday afternoon to control access and law enforcement activity in the area.