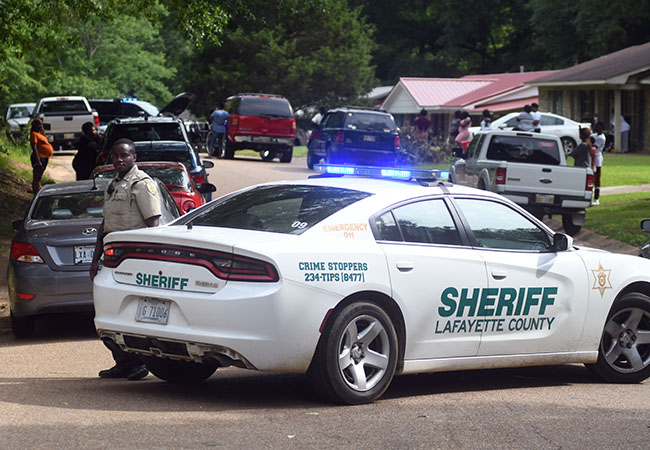 A Lafayette County Sheriff Deputy works a intersection as the Oxford Police Department investigates a death in the Brittany Woods Subdivision in Oxford, Miss. on Sunday, May 19, 2019. (Bruce Newman, Oxford Eagle)

An arrest has been made in connection with the homicide of a woman found dead Sunday in Oxford, the home of the University of Mississippi.

Dominque Clayton was found dead at her 1009 Suncrest Drive residence in the Brittany Woods area on Sunday afternoon after Oxford police received a call of an unresponsive person around 2 p.m.

The Oxford Police Department arrested a suspect at approximately 9:45 p.m. on Monday.

A name was not provided with the arrest but OPD is expected to provide more information later today. It is still an active and ongoing investigation per the OPD.