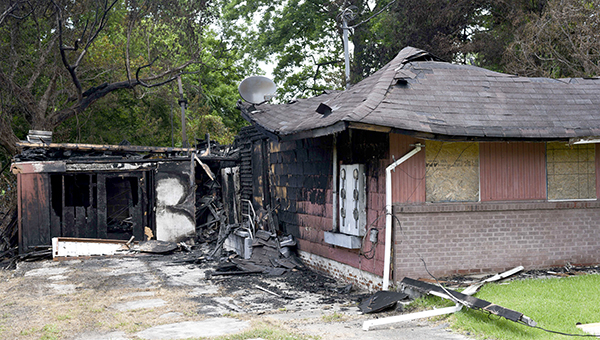 Investigators with the Vicksburg Fire Department and the State Fire Marshal’s office are investigating a rash of house fires during the Memorial Day weekend.

Homes on Grove Street and Jackson Street were involved in fires ranging from Saturday evening through Monday afternoon.

Vicksburg Fire Chief Craig Danczyk said evidence — including video evidence — has helped authorities focus on a person of interest, but declined to identify that person.

“We have some additional interviews over the coming days,” Danczyk said. “If the evidence and interviews continue to support our beliefs, then I would expect we would have some positive developments by the end of the week.”

While not the only evidence collected, Danczyk said the fact each of the three homes involved were located so closely together, were not occupied at the time, and did not have utilities at the time of the fires made them suspicious.

The first house involved is located at 1711 Grove St. Danczyk said this Saturday fire was the most severe, causing massive damage to the home.

On Sunday, crews responded to 1803 Grove St., where it appeared the fire started on the exterior of the home and worked its way up to the second level and attic.

The third fire, reported Monday, was at 1702 Jackson St.

Danczyk said a neighbor reported the Jackson Street blaze and worked to knock it down using a water hose before crews arrived. That house, Danczyk said, suffered the least amount of damage.

“The public should not be in fear, but they need to be aware of their surroundings and aware of people that are on their street if they are not supposed to be there. Or if there is activity on a neighboring property that is not ordinary,” he said. “If you know a home is not occupied, then there shouldn’t be any activity there unless the homeowner is there.”

A bald eagle hatched this spring in a New Orleans suburb was released Tuesday in the same neighborhood after two... read more