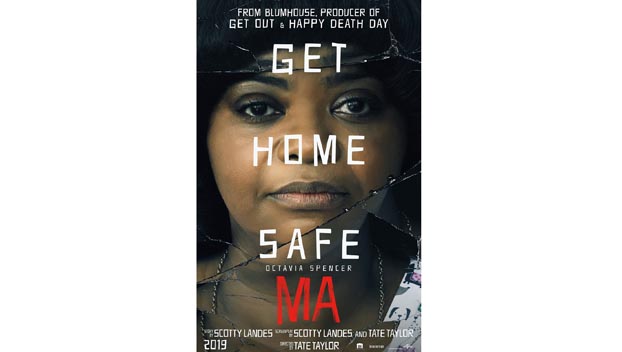 A horror film shot in Natchez premiered in theaters throughout the United States on Friday, though some people may have caught the first showings of “Ma” at the Natchez Mall as early as Thursday evening.

“Ma,” directed by Tate Taylor, stars Academy Award-winning actress Octavia Spencer who is most widely known for her role as a maid in the 2011 film, “The Help.”

In “Ma,” Spencer plays a lonely woman who turns her basement into a party venue for underage drinkers but later reveals a dark ulterior motive.

Prior to the official release date, “Ma” took positive marks from 63 percent of critics on Rotten Tomatoes.

A top critic, Michael O’Sullivan of The Washington Post wrote, “‘Ma’ can, in the right frame of mind, be great fun,” tipping a hat to the manic nature of the film that promises screams, gore, suspense and even a few laughs.

“I was biting my nails the whole time,” said Jadyn Biglane, age 13, as she left the theater Friday afternoon, “especially at the end.”

Those watching may also spot some familiar places and faces of local extras in scenes throughout the show, said Paris Harveston, a 14-year-old student at Adams County Christian School.

“People from our school were in the background, and we could see them,” Harveston said. “That was cool.”

You’ll never look at a basement the same again;…