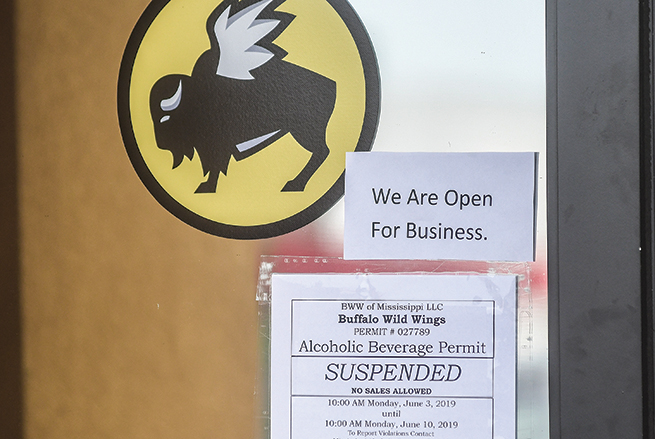 The alcohol permit for Buffalo Wild Wings, in Oxford, Miss. on Tuesday, June 4, 2019, has been suspended until 10 a.m. on June10. (Bruce Newman, Oxford Eagle via AP)

Two Oxford establishments are unable to serve alcohol for a week after having their alcohol licenses suspended. Buffalo Wild Wings and El Agave were served with citations by the Alcohol Beverage Control earlier this week and have notices of the suspension on their front door.

The citation comes after each restaurant was caught serving alcohol to a minor on March 29, per a spokesman with the ABC. The suspension began at 10 a.m. on June 3 and is in effect until 10 a.m. on June 10.

Each business is still open to the public during the suspension and can resume full service to patrons next Monday.

Police officers ID’d after they resigned in wake of…