That’s a funny looking rabbit; Jojo, a Kangaroo on loose in South Mississippi 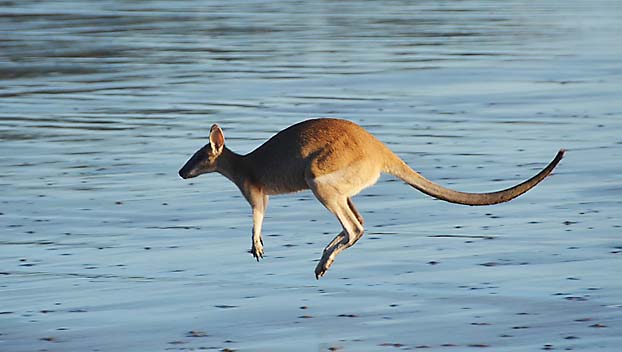 According to The SunHerald , a Facebook user on Wednesday night jokingly posted side-by-side photos of a kangaroo and a pot of stew, claiming that he found the kangaroo on the side of the road and ate it.

The newspaper says Jojo hadn’t been found as of Thursday morning.