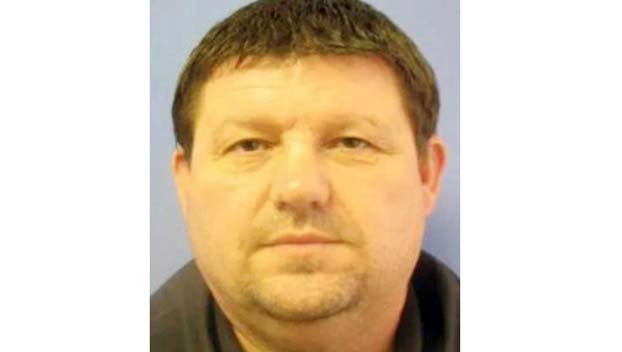 A north Mississippi sheriff pleaded guilty to four felony charges Wednesday and resigned from office, becoming the state’s second sheriff in the last year to be deposed by criminal troubles.

Webster County Sheriff Tim Mitchell pleaded guilty in Ackerman to two counts of trafficking in stolen firearms and two counts of embezzlement, court documents show. He was accused of widespread abuses of office in a 10-count felony indictment, including seeking sex from county jail inmates, ordering deputies to steal guns and drugs from evidence, and threatening to bury a subordinate “in a hole” if she told anyone.

Although Chief Deputy Andy McCants had been appointed to act as sheriff, the 54-year-old Mitchell had retained his office while he was on house arrest. Webster County Circuit Judge Joseph Loper ordered Mitchell to resign immediately. After accepting his resignation, county supervisors will appoint someone to complete the remaining months on Mitchell’s term. Webster County voters will choose a permanent replacement in November.

Mitchell signed a petition to plead guilty that stated “on or about Oct. 1, 2017, to Oct. 1, 2018 I was involved in the embezzlement and trafficking of stolen firearms.” Investigators have previously said Mitchell ordered a deputy to remove four guns from his department’s evidence locker and gave one to an inmate. He was also accused of allowing illegal drugs to be sold in the county jail and seeking sex with two women who were jailed.

Mitchell was also charged with threatening multiple employees if they told anyone about his activities. One of the witnesses Mann was charged with tampering with, onetime Chief Deputy Jeffrey Mann, resigned in October after writing a letter to county supervisors saying he no longer could work for the sheriff’s department “after witnessing the illegal activities Sheriff Tim Mitchell has taken part (in).”

Investigators said when Mitchell was arrested in December that his activities first were noticed when he sought to illegally buy pills from an informant.

Two other people have been accused of crimes in helping Mitchell. Former Chief Deputy Landon Griffon is set for trial next week in Ackerman, where Webster County holds court after its own courthouse burned in 2013. Griffin faces two counts each of embezzlement and trafficking firearms, mirroring charges Mitchell pleaded guilty to.

Former jailer Santana Monshea Townsend is charged with two counts of sexual activity with an inmate, furnishing contraband to an inmate and sale and possession of a controlled substance.

Mitchell joins William Brewer, Tallahatchie County’s former sheriff , in pleading guilty to laws he was supposed to enforce. Federal authorities said that for 15 years Brewer protected a drug dealer who robbed other dealers and kicked back stolen money and drug profits to Brewer.

Brewer pleaded guilty Nov. 1 to one count of attempting to extort a bribe relating to $6,500 in cash that Brewer received. He’s serving six years in federal prison.