Dog starvation trial postponed after lawyer quits over not being paid 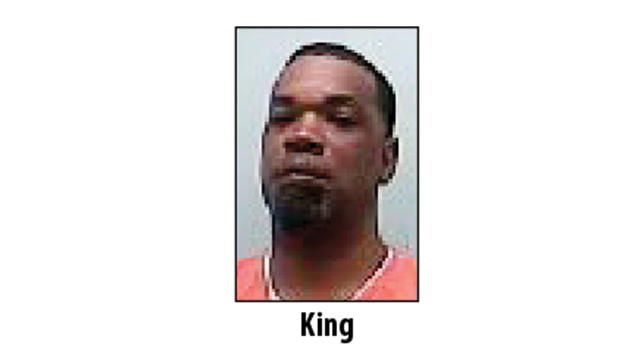 A Natchez man who pleaded guilty to intentionally starving three dogs to death on his property had his second trial postponed Wednesday after his attorney withdrew from the case.

Kelvin King, 45, received a six-month jail sentence and was fined $2,500 in Adams County Justice Court on April 30 with Judge Eileen Maher presiding after he originally pleaded guilty in the case in justice court.

However, he later appealed his sentence to a higher court and received a new trial under a standard courtroom practice referred to as “trial de novo.”

King remains out on bond after his second trial, which had been set by Judge Walt Brown for Wednesday in Adams County Court, was postponed until July.

Wednesday morning, Brown said King’s attorney, Stanley N. “Bucky” Merritt, formally withdrew from the case after he had not received any payment from King.

King said he had been employed by Magnolia Bluffs Casino before he was arrested on March 20, when deputies found the decomposed remains of three dogs on his property on Meadow Ridge Road.

King said he lost his job while in jail and since started washing cars part-time while living with a relative.

Brown said the court found King to be indigent and therefore appointed Timothy Blalock to represent him.

“Are you prepared to proceed?” Brown said to Blalock on Wednesday.

“No sir, I am not,” Blalock said. “I have never met this man before, and I know nothing about his case.”

Given the circumstances, Brown ordered the continuance of the trial until 1:30 p.m. July 17, which would give Blalock time to interview King’s witnesses and provide a fair defense, Brown said.