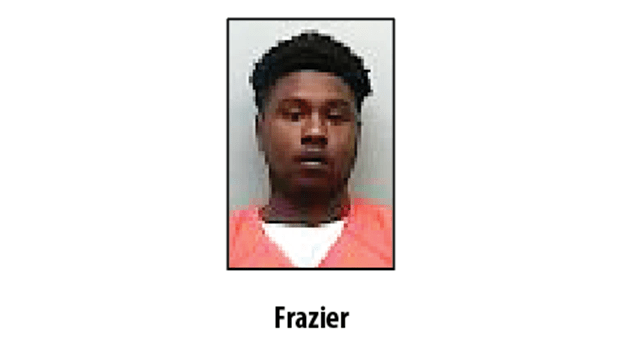 Natchez police arrested a Walmart employee for allegedly attempting to take unsolicited pictures or videos of a 3-year-old girl as she was using the restroom at the store.

Austin Frazier, 20, is charged with photographing or filming another without permission where there is an expectation of privacy and was issued a bond of $50,000 Thursday morning for the alleged incident that occurred Saturday, said Walter Armstrong Natchez police chief.

Saturday, at approximately 10:15 a.m., Natchez Police Department officers were dispatched to Walmart on Seargent S. Prentiss Drive to contact with the father of the 3-year-old girl who said his daughter was using a stall in the men’s restroom when he noticed a person in an adjacent stall using a cell phone to either videotape or take pictures of them, a police report states.

The father stated he startled the suspect who then fled out of the bathroom before he could stop him.

During an inspection of photographs stored on Frazier’s phone, Armstrong said police discovered an unclear photo of a man’s legs, believed to be the father of the girl, as well as another photo with a clearer image of another man in the restroom.

“We are in the process of identifying the other male in the photos to bring him in for questioning,” Armstrong said. “Additional charges against Frazier could be forthcoming.”

Armstrong said Walmart’s staff, the victims and Frazier were all cooperative throughout the investigation.

“The lesson learned from this is we need to be observant of our surroundings at all times as this father was,” Armstrong said. “This situation could have been worse had he not immediately noticed the suspect in the other stall. … It’s a shame and a disgrace when this happens in a place where there is an expectation of privacy and you should not have to worry. Nevertheless, in this day and age, you have to stay alert and aware regardless of where you are.”

A Walmart associate declined to comment on Frazier’s status as an employee of the store and the store manager and other corporate spokespersons were unavailable for comment Thursday afternoon.