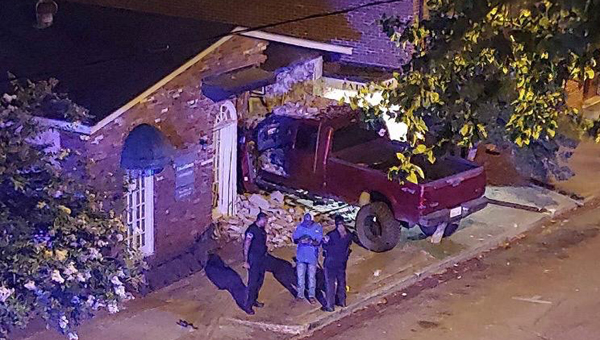 A Houston man was in the Adams County Jail Sunday morning after police said he drove a pickup truck through the front of a building on Main Street approximately 4:45 a.m. Sunday.

No one was injured in the incident that occurred at the Edward Jones Investments building at 320 Main St., but an ATM at the Concordia Bank location next door was damaged, said Walter Armstrong, Natchez chief of police.

Anthony Brooks Jr., 23, of Houston, Armstrong said, was in the Adams County Jail on Sunday morning charged with driving under the influence and no insurance.

The Edward Jones Investments building was boarded up and cordoned off with police tape Sunday morning, along with the neighboring Concordia Bank building.